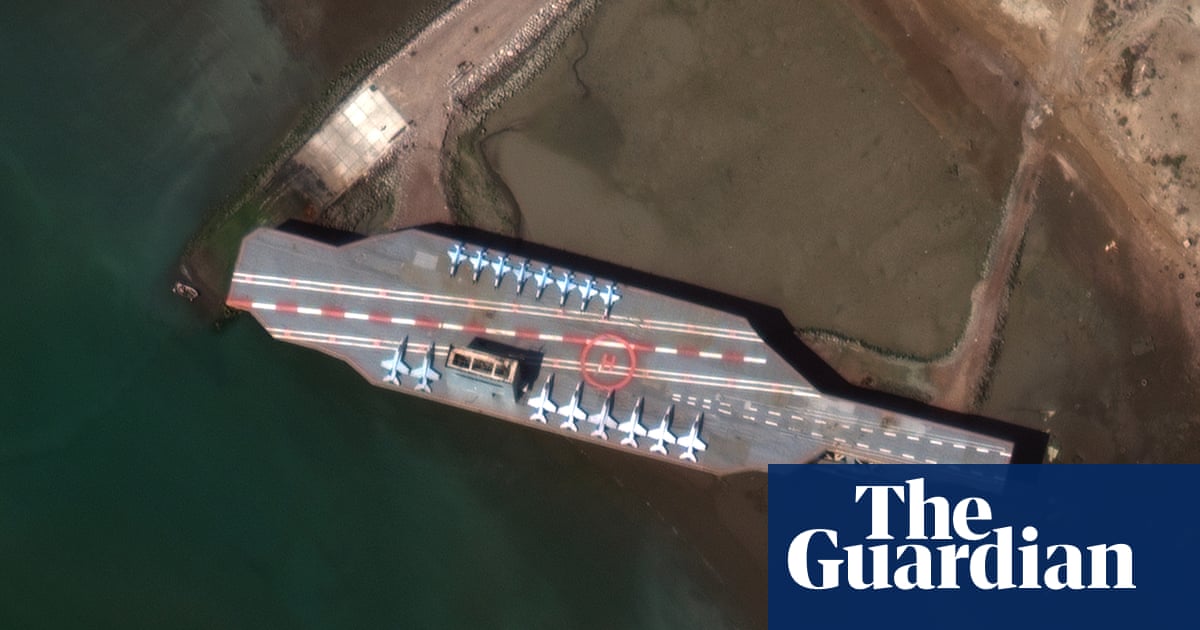 Iran’s Revolutionary Guard has fired a missile from a helicopter targeting a replica aircraft carrier in the strategic Strait of Hormuz, in an exercise aimed at threatening the United States amid tensions between Tehran and Washington.

The drill, on a waterway through which 20% of all traded oil passes, underscores the lingering threat of military conflict between Iran and the United States after a series of incidents against oil tankers occurred last summer. the region. In January, a US drone attack killed an Iranian general in Baghdad, and Tehran responded by firing ballistic missiles at US forces in Iraq.

While the coronavirus pandemic has affected both Iran and the United States, there have been signs of a confrontation as the United States argues that it must extend a UN arms embargo on Tehran that expires in October. A recent incident over Syria involving an American jet fighter approaching an Iranian airliner has also renewed tensions.

In images broadcast Tuesday, Iranian commandos quickly descended from a helicopter to the replica and speedboats surrounded the model.

The Guards will use “long-range ballistic missiles with the ability to hit aggressive long-range floating targets” during the exercise, said Abbas Nilforoushan, deputy commander of operations for the Guards, according to sepahnews.com. In a similar exercise in 2015, the Guards simulated a replica of an American warship.

“Our policies to protect the vital interests of the beloved nation of Iran are defensive, in the sense that we will not invade any country from the beginning, but we are completely aggressive in tactics and operations,” said General Hossein Salami.

State television images also showed underwater diving forces, followed by a cut to an explosion hole just above the waterline on the replica carrier.

That appeared to be a not-so-subtle reminder of accusations by the United States last year that Iran planted limpet mines on tankers passing near the strait, which exploded on ships in the same area. Iran has repeatedly denied the actions, although images captured by the US military showed Revolutionary Guardsmen removing an unexploded mine from a ship.

The replica used in the exercise resembles the Nimitz-class carriers that the US Navy routinely sails in the Persian Gulf from the Strait of Hormuz, the narrow mouth of the waterway. The class’ namesake USS Nimitz just entered Middle Eastern waters late last week from the Indian Ocean.

It is unclear when or if the Nimitz will pass through the Strait of Hormuz or not during its time in the Middle East.

For Iran, which shares the strait with Oman, the US naval presence is similar to Iranian forces sailing to the Gulf of Mexico, near the Florida coast. But the US Navy argues that the strait is a crucial international waterway for global shipping and energy supplies.

“While we are always mindful of this type of irresponsible and reckless behavior by Iran in the vicinity of the occupied international waterways, this exercise has not disrupted coalition operations in the area nor has it had any impact on the free movement of the trade in the Strait of Hormuz and surrounding waters, “he added.