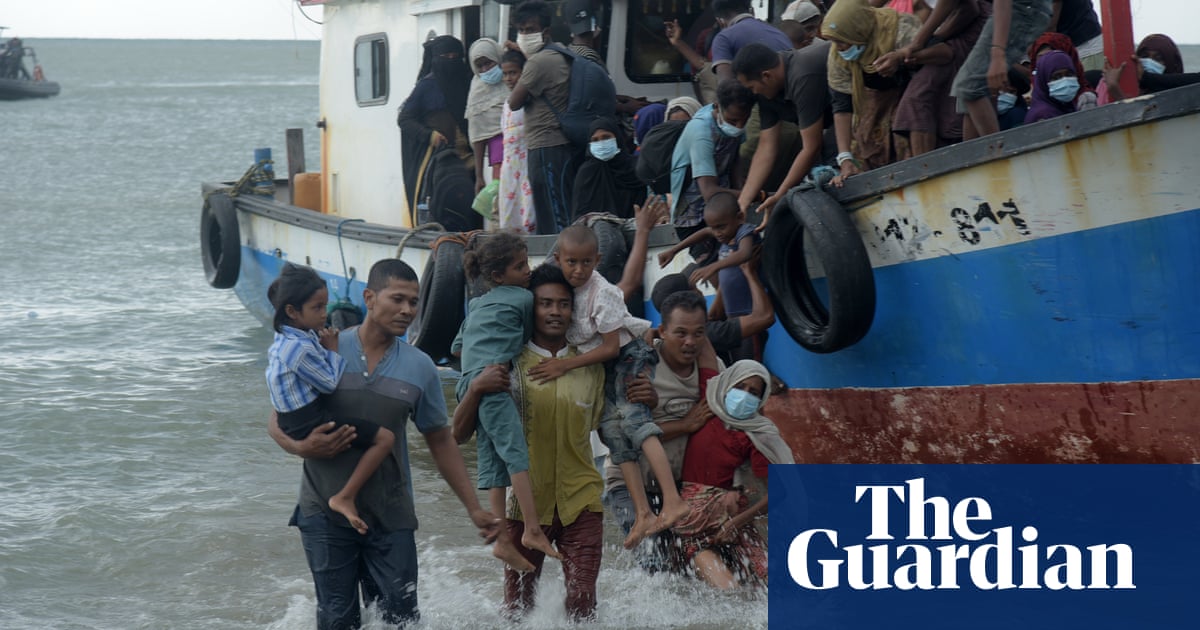 On Thursday afternoon, residents of Aceh, Indonesia, waded back and forth in the water helping Rohingya refugees get to safety. The exhausted children were passed between rescuers.

On Lancok Beach, where the survivors gathered, a man knelt with his head on the sand, grateful to be alive. Another hugged a member of the rescue team tightly.

Local people said they had felt compelled to act. The day before, fishermen had seen a rickety boat filled with nearly 100 Rohingya refugees, including dozens of children, stranded at sea.

Residents repeatedly urged authorities to do something, but were told that the group could not be brought to shore because doing so would risk spreading the coronavirus. Concerned that people’s lives were in immediate danger, they took matters into their own hands and sailed with ropes to tie the boat to safety.

“We don’t worry about having problems [with the authorities] because we believe that what we did was the right thing, “said Nasruddin Guechik, head of the nearby Kampung village. When people saw the refugees, it was impossible not to act, he said.” Just looking at the refugees, we were crying. “

A total of 94 refugees were saved, including a pregnant woman. Amnesty International described the rescuers’ actions as “a moment of optimism and solidarity”.

On Friday, Malaysian Prime Minister Muhyiddin Yassin said the country was no longer able to receive Rohingya Muslim refugees from Myanmar, warning that the country was already overwhelmed by the Covid-19 outbreak. He has recorded more than 8,000 cases to date.

Malaysia has not only rejected the ships, but is also reportedly considering repairing the broken ships of the migrants it has detained so that they can be sent back to sea. Sources told Reuters last week that authorities planned to repair a damaged boat so that 300 new arrivals could be returned to the sea, where they had been stranded for months. Survivors detained in Malaysia said dozens of people had been killed on board and the bodies had been thrown into the water.

Every year, thousands of Rohingya embark on dangerous journeys to flee persecution in Myanmar or to escape miserable conditions in refugee camps in Bangladesh. Traffickers prey on desperate communities, promising the possibility of a better life abroad.

It is unclear how many more ships are stranded, but hundreds are likely to be trapped at sea.

“After all they’ve been through at sea, what they need most now is shelter and security,” he said. “The Indonesian government must provide these survivors with their basic needs and under no circumstances should they send them back to sea.”

In Aceh, Guechik said that residents had served refugees with food and provided clothing. They are now housed in a building that was previously an immigration center.

He was proud of his community, he said. “There is a great possibility that they could have died in the ocean if the villagers failed to take action. Waiting for the government was taking too long. “