In pictures: Russia shows military might in the grand parade of World War II | 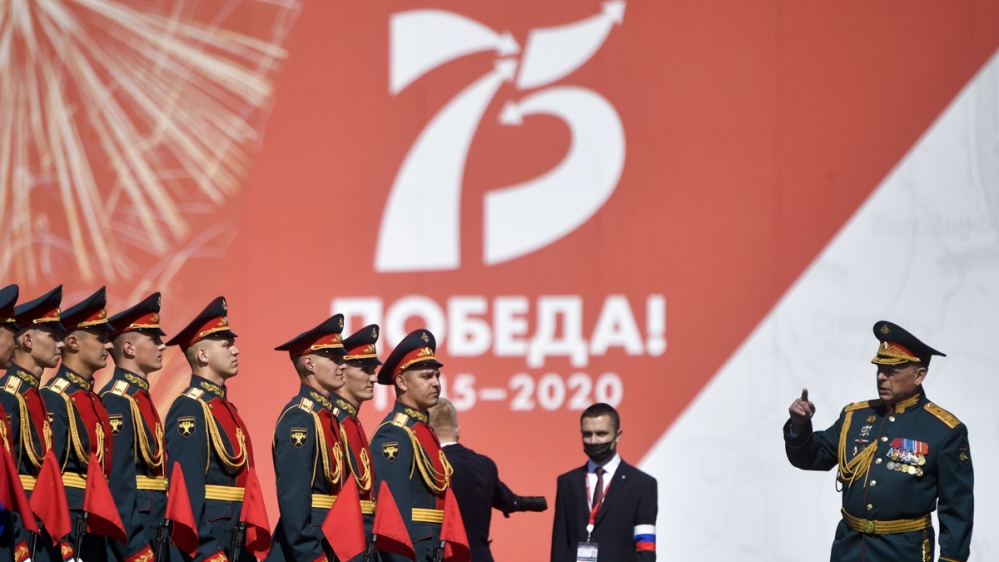 Columns of tanks and troops paraded through Red Square on Wednesday when President Vladimir Putin oversaw the great commemorations of World War II.

Forced to postpone traditional May 9 Victory Day celebrations due to the coronavirus pandemic, Putin rescheduled the parade for just a week before a July 1 public vote on controversial constitutional reforms.

Among other changes, the reforms Putin proposed earlier this year would reset the presidential term limit clock to zero, allowing him to remain in the Kremlin until 2036.

This year’s parade, which marked 75 years since the Soviet Union’s defeat of Nazi Germany, included some 14,000 soldiers from 13 countries, as well as vintage equipment and the latest military hardware showcasing Russia’s combat capabilities.

Authorities say the date was chosen to coincide with the anniversary of the first post-war parade on Red Square, which saw Soviet troops tear down Nazi standards in front of Lenin’s mausoleum on June 24, 1945.