In pictures: More protests in Iraq as anger over services grows | Iraq 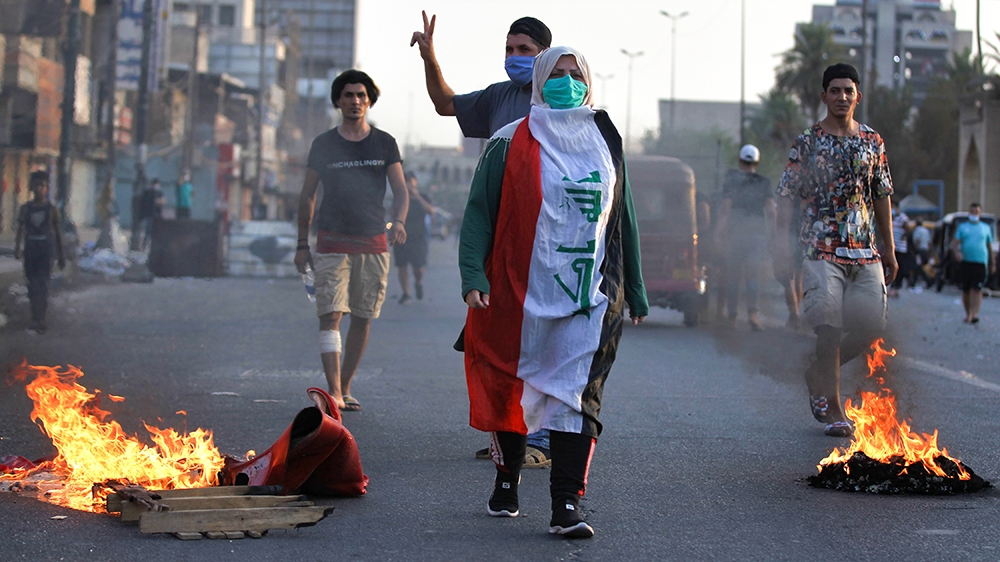 Anti-government protesters have taken to the streets of the capital of Iraq and other cities after the funerals of two people killed during clashes with security forces the night before.

The two protesters were killed Sunday night in central Baghdad during renewed protests against corruption, unemployment and poor public services, including lack of electricity, as the country falters under a huge heat wave.

The deaths were the first during anti-government protests since new Prime Minister Mustafa al-Kadhimi took office in May.

On Monday, clashes broke out between protesters and security forces in Baghdad and other cities.

In the capital, security forces fired tear gas and live ammunition to disperse protesters who threw stones and petrol bombs, according to reports.

Later on Monday, al-Kadhimi said in a televised speech that the protests were “a legitimate right and that the security forces are not allowed to fire a single bullet in the direction of the protesters.”

He said he had opened an investigation and demanded results within 72 hours.

Military spokesman Yehia Rasool said in a statement that the security forces had received strict instructions not to use force against protesters unless necessary.

Iraq’s biggest anti-government protests in decades erupted last October and continued for several months, with hundreds of thousands of Iraqis demanding jobs, services and the elimination of the ruling elite, which they say was corrupt. About 500 people were killed.

The protests led to the resignation of Prime Minister Adel Abdul Mahdi, who was replaced in May by al-Kadhimi, a former intelligence chief.