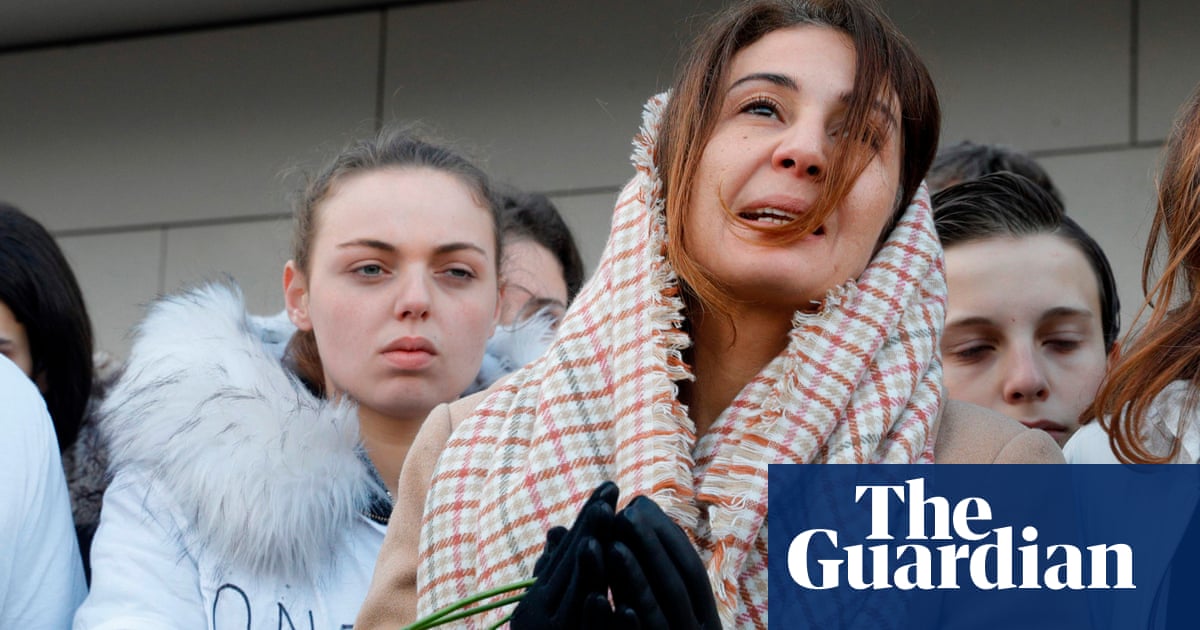 A French delivery driver who died after being arrested in Paris stated: “I am suffocating” several times when the police kept him on the ground.

Images have appeared of Cédric Chouviat, 42, saying he could not breathe seven times in 22 seconds when officers pinned him down.

Four police officers are being questioned for “involuntary manslaughter” for the arrest near the Eiffel Tower in January, which echoes the death of George Floyd in the United States, sparking worldwide protests and Black Lives protests. Matter.

After the videos were released on Tuesday, Chouviat’s family appealed to President Emmanuel Macron to order the suspension of the four officers. They also demanded that the police be “permanently banned” from using the choke and prone restraint, which forces a person face down on the ground to be handcuffed.

Arié Alimi, another family lawyer, added: “It is the prone restraint and the stranglehold that killed Cédric Chouviat. Today, everyone knows that these techniques kill. “

Police said they detained Chouviat on his scooter after claiming that he was looking at his mobile phone and had a dirty plate. Officers say he was disrespectful and abusive and resisted arrest.

However, a report by the National Gendarmerie Institute for Criminal Investigation suggested that the exchanges between the police and the delivery driver were “correct,” although officials may have felt he was being “provocative” or “challenging.”

The tapes examined by investigators suggest that the situation changed after nine minutes and 44 seconds of exchanges in which Chouviat can be heard calling a “dumb” officer multiple times.

Cédric Chouviat was held in a strangle, according to witnesses. Photography: Soutiens pour Cédric

According to witnesses quoted by Le Monde, officials kept Chouviat, the father of five children, in a stranglehold, a restraining technique that was banned by Interior Minister Christophe Castaner earlier this month, and then reinstated after complaints from the policeman.

In a report on the incident by investigators, seen by Le Monde, the investigative website Mediapart and the Agence France-Presse news agency, an expert who analyzed several video recordings of the arrest stated, “In addition to the arrest, We didn’t notice any blatantly violent words or noises. The exchange is relatively civil, even if we can feel a form of ‘provocation’ or ‘challenge’ in (Chouviat’s) words. ”

He adds: “At 11 minutes and 16 seconds (Chouviat) he tells the police officer that he is a ‘fool.’ The officer decides to arrest him. In the next 22 seconds we can hear different sounds that we cannot identify. The arrested person says several Sometimes, “I’m suffocating.” We can hear one of the police officers say, “All right, all right, handcuffs.”

Chouviat had a heart attack and was taken to the hospital in a coma. He died two days later. An autopsy concluded that he had died of suffocation after suffering a “broken larynx.”

The father of the deceased, Christian Chouviat, expressed the family’s “misunderstanding” on Tuesday. “They gave him no chance of survival,” he said. “When you hear your son say, ‘I’m suffocating’ seven times, that’s difficult.”

None of the police officers has been suspended. Laurent-Franck Lienard, an attorney for three of them, told LCI that they had not heard Chouviat’s last words and that they “had no idea” what he was saying.

Lienard said the arrested man had subjected the police to “about 15 minutes of insults,” calling them “clowns,” “puppets” and “fools.” He said his clients had not used the choke.