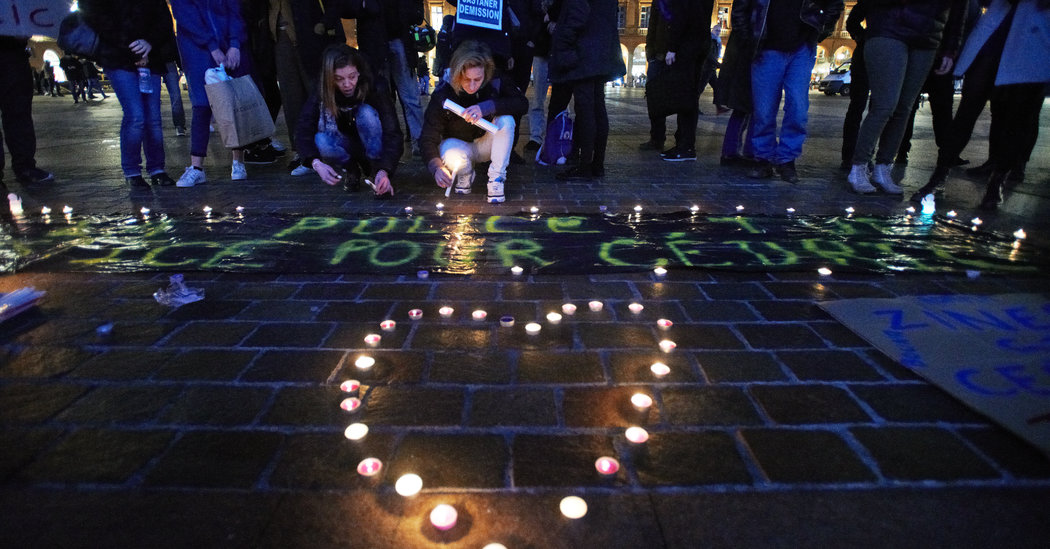 On Monday, Le Monde newspaper and Mediapart, an investigative news site, reported details of the videos in which Mr. Chouviat can be heard saying “I’m suffocating” seven times over a period of approximately 20 seconds when officers they arrested him.

Citing thirteen different videos shot by Chouviat, a passerby, and one of the officers during the arrest, as well as police transcripts, both media reported that their arrest came after a heated 12-minute exchange peppered with insults.

It is still unclear why the police initially detained Mr. Chouviat shortly before 10 a.m. on January 3, at Quai Branly, not far from the Eiffel Tower. Mr. Chouviat, who lived with his wife and five children in Levallois-Perret, a suburb northwest of Paris, used a scooter for his deliveries.

In the videos, Mr. Chouviat, who seems frustrated with the police arrest, can be heard calling the officers “clowns”, mocking his physical appearance and telling them that “without their uniform, on the street they are nothing in absolute”. according to Le Monde and Mediapart.

Officers insult and mock him in return, and one threatens to arrest him for insulting them, a crime punishable under French law. Officers appear irritated that Chouviat is recording the interaction and one of them pushes him multiple times.

Both officers and Mr. Chouviat repeatedly ask each other not to get too close, but the videos never show a clear threat of violence by Mr. Chouviat, according to the media.

Finally, the officers decide to arrest him. Subsequently, police officers told internal investigators that they used a choke and that three officers restrained Mr. Chouviat, who was still wearing his helmet, on the ground, according to Mediapart.