‘I can’t hold it together’ 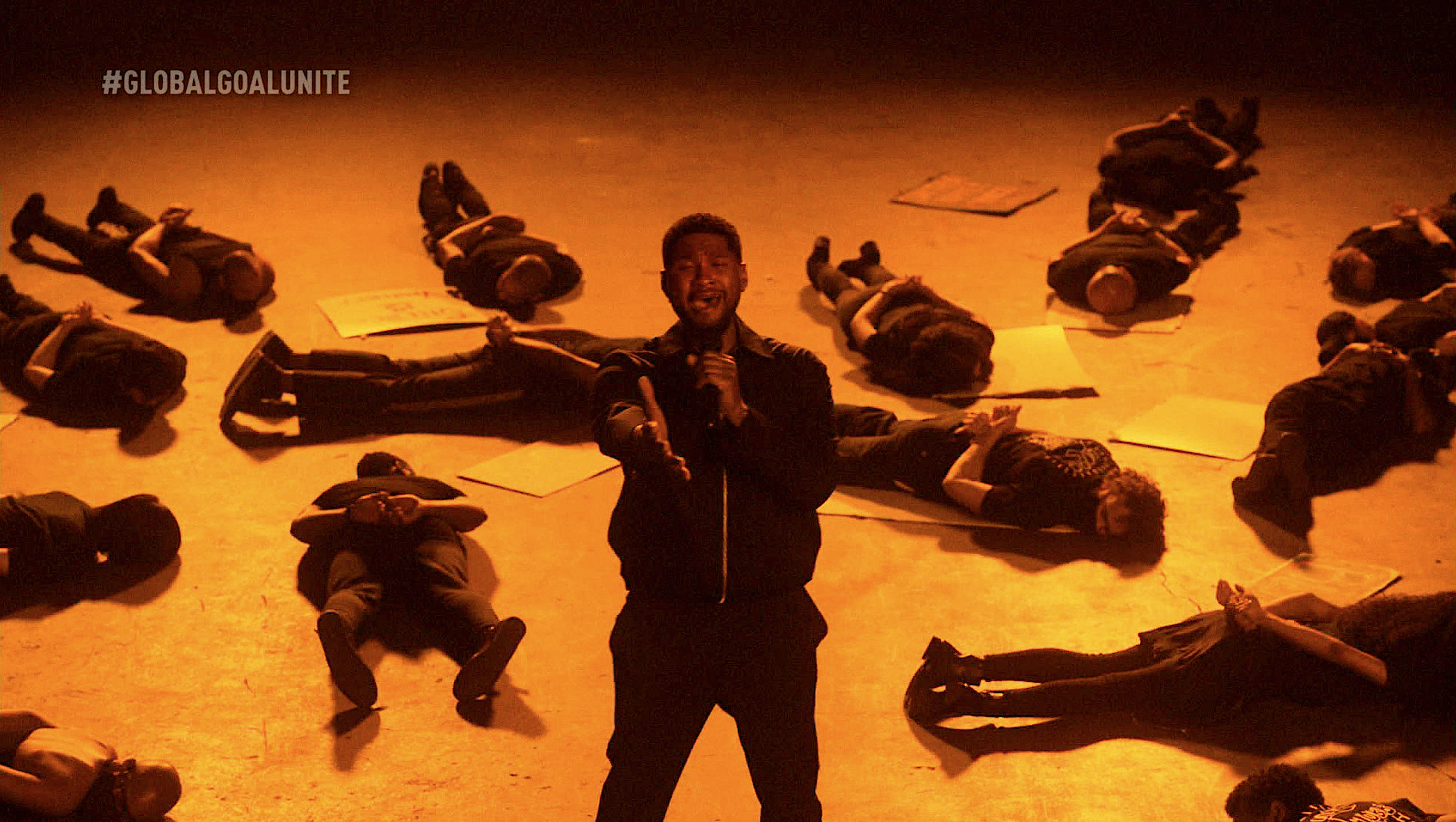 On Saturday, international advocacy organization Global Citizen brought together A-list artists from around the world for a live-broadcast concert, “Global Goal: Unite for Our Future,” to drive action toward fighting the disproportionate impact of coronavirus in the vulnerable and marginalized. communities, including people of color and people living in extreme poverty.

The powerful performance of the R&B superstar began with an extreme close-up of his sore face when he confessed, “I can’t keep it together,” and life imitated art, as his eyes filled with tears even before reaching the chorus. When cameras moved to reveal a Los Angeles sound studio, he was joined by masked protesters holding Black Lives Matter posters; In the chilling climax of the song, those protesters were shown lying face down on the ground, wrists clenched behind their backs in a handcuffed symbolic position, while Usher reached across the screen to viewers at home. His last sentence, “If you love someone, let him breathe,” seemed to be a reference to McClain, George Floyd, Eric Garner, and other black men who died as a result of police brutality.

Usher surprisely launched “I Cry” on Friday, and the track proceeds went to the Local Initiatives Support Corporation, which provides grants to small businesses and community organizations owned by blacks. The father of two young children explained in a statement: “This song was inspired by wanting to teach my children that it is okay for a man to feel deep emotions and cry. Like many men, I was raised to believe that we have to be “tough” and not show our vulnerability, that I don’t want to teach them. While locked up during the pandemic and watching the death of George Floyd, the continuing slaughter of black men and women, the protests and events that unfolded, I connected very well with the broader universal feeling of hopelessness. Like many, I became increasingly frustrated with how slow things have changed. I became very depressed thinking of all the children who lost their parents to police brutality, social injustice and violence; Daughters and mothers too. So I went back to this song and realized it was meant for this time, so I finished it and here it is. “

The Global Goal concert was preceded by a summit that raised $ 6.9 billion in commitments from international governments, corporations and philanthropists. Both the summit and concert were part of the “Global Goal: Unite for Our Future” campaign to coordinate the development of COVID-19 tests, treatments and vaccines, and to ensure access to healthcare for all. For more information on how to participate, click here. Check out some of the other emotional moments from the concert, as well as the full lyrics from Usher’s “I Cry” below.