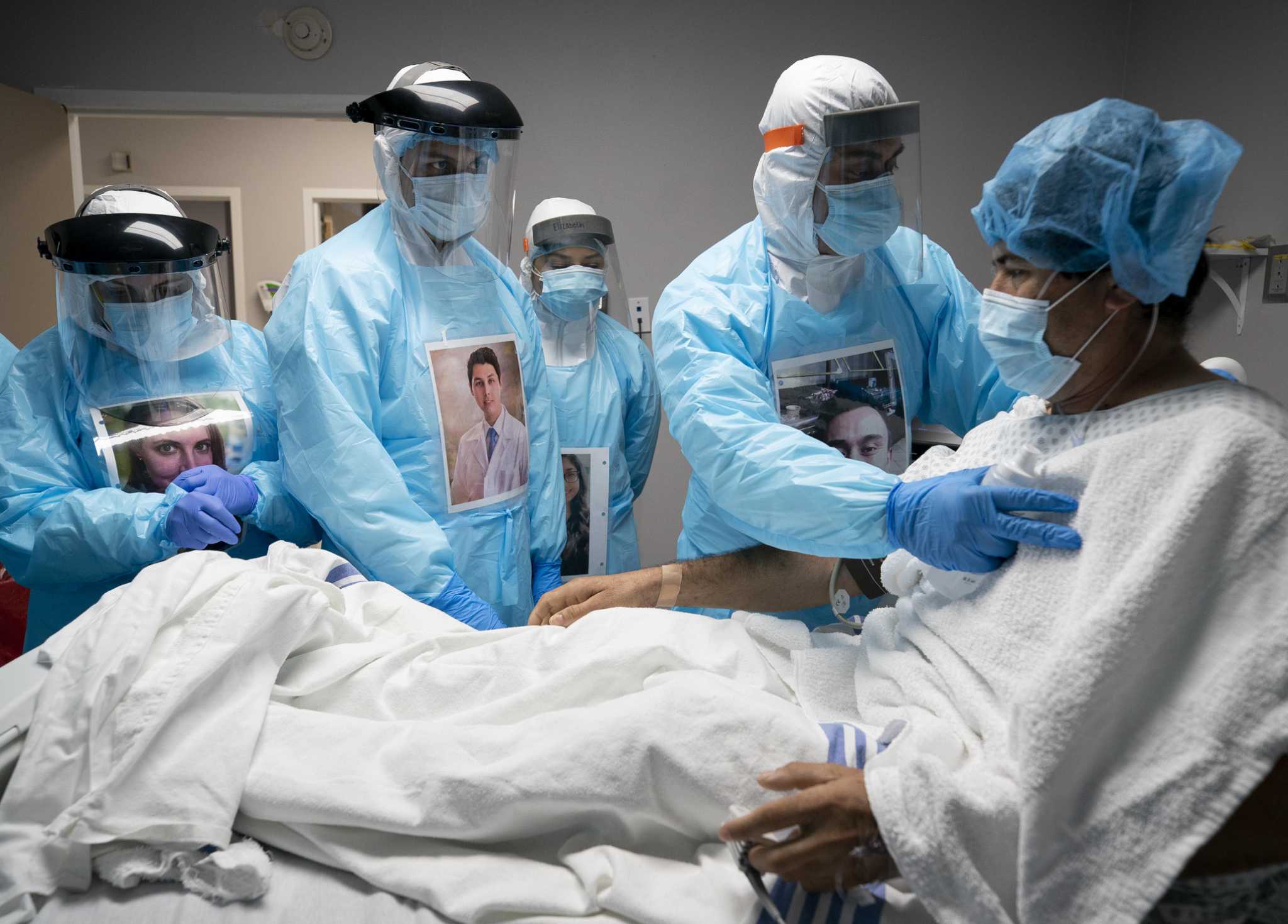 Texas Medical Center hospitals have stopped reporting key metrics that show the increased stress that COVID-19 patients are putting on their premises, undermining the data that policy makers and the public have relied on during the pandemic to measure the spread of the coronavirus.

The change came a day after hospitals reported that their basic intensive care capacity had reached 100 percent for the first time during the pandemic, with projections showing that the institutions, which together comprise the world’s largest medical complex , were on track to exceed their “unsustainable increase” capacity ”by July 6.

It also followed discussions between Governor Greg Abbott and hospital executives in which the governor expressed his discontent with negative headlines about the ICU’s capacity, sources familiar with the talks said.

“The governor’s office believes that all hospitals should report accurate data to the state and the public as often as possible,” Wittman said Sunday morning. “We demand more information to share, not less.”

The change, in which TMC removed the graphics from its online panel COVID-19, also accompanied public confusion about the ability of hospitals to resist a massive increase in cases that have followed Abbott’s decisions in May to lift the restrictions designed to stop the virus.

Last Wednesday, 11 TMC leaders issued a statement warning that an “alarming” increase in hospitalizations could soon “overwhelm” their systems.

The next morning, Abbott issued an order restricting elective procedures at Harris hospitals and the other three largest Texas counties, saying he wanted to make sure the facility retained enough beds to deal with the increase in cases.

Boom and his three peers, including Dr. David Callender of Memorial Hermann, Mark Wallace of Texas Children’s Hospital, and Dr. Doug Lawson of CHI St. Luke’s, said their systems were not in immediate danger of rejecting patients and had plans to accommodate patients. wave.

On Friday morning, Harris County Judge Lina Hidalgo moved the county to the highest threat level, however, she warned that the current hospitalization rate is “on track to overwhelm hospitals in the near future.” .

In April, when the roughly one-month ban went into effect, the Houston healthcare sector cut nearly 33,000 jobs; Methodist and CHI St. Luke’s in mid-May said they had seen big drops in outpatient surgeries and ER visits, and Memorial Hermann said a change from elective procedures to COVID-19 care had cut revenue and increased costs so much. drastically that $ 92 million in federal funds The COVID-19 relief did not cover the losses of the system.

On Friday morning, 24 hours after the press conference of the four CEOs, the TMC did not release new data. After reporting 17 charts and graphs on most days for three months, the organization did not post from Thursday morning until Saturday at approximately 9 p.m.

When the tables reappeared, eight of the original 17 slides had been removed, including any references to hospital capacity or projections of future capacity, and the only remaining slide that referenced the risks associated with capacity reduction had been removed. modified.

The item recognized an increasing number of ICU patients COVID-19, but stated: “Currently, CCT institutions can attend to all patients requiring intensive care.”

Houston Methodist’s Boom said in an email Friday night that TMC leaders are in talks about “better educating” the media and the public on hospital capacity issues.

“Therefore, the publicly released deck, at this time, will not include projections or capacity until we can work together to improve communication and education around such data,” Boom said.

A note posted on the TMC website on Sunday morning said that the charts released on Saturday night were “incomplete” and that “the new slides, as well as a series of updated slides that were absent yesterday”, would be released later on Sunday to “provide more complete and accurate description of the current status”.

The media and public officials have been referring to the capacity projections for weeks without the TMC or its member hospitals raising any concerns.

Angela Blanchard, a disaster expert and former CEO of BakerRipley, said the decision of hospital executives to retain the data is troubling given that still inadequate testing capabilities make the hospital’s capacity one of the best available metrics for track the virus.

“From the beginning, we were told to work together to flatten the curve with the specific goal of preventing our hospitals from being overwhelmed. We sacrifice ourselves for that, ”he said. “TMC needs to keep our trust by being frank. If you are concerned that the metric will lose some nuance, you should explain it. We are not children. “

Hospitals across the region have continued to report data to the Southeast Texas Regional Advisory Council, which coordinates the region’s emergency response to disasters. One of that organization’s charts showed 95 percent of Harris County “operational” ICU hospital beds in use as of Saturday, with additional surge capacity beyond the “operational” level.

Neither the SETRAC data nor the remaining TMC hospitalizations table refer to the facility’s ability to accommodate further growth in inpatients or projects beyond the current date.