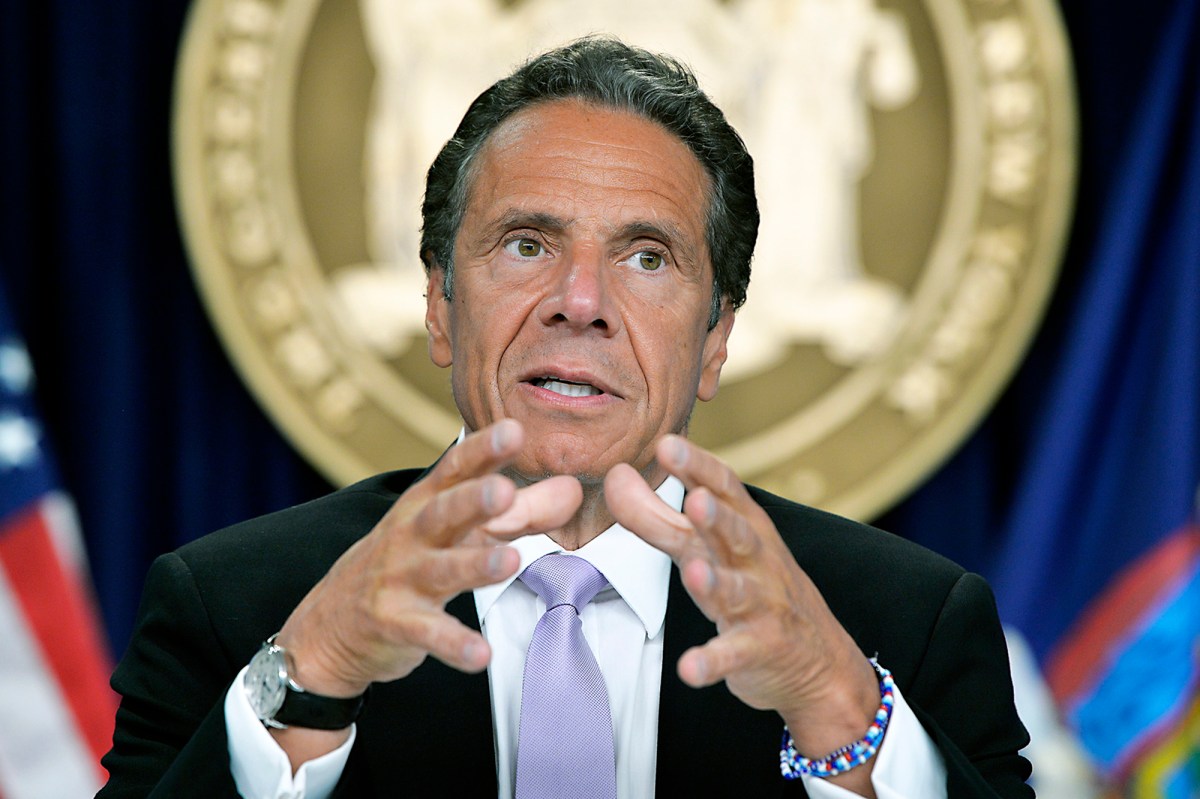 Governor Andrew Cuomo complained Sunday of the “political heat” that he has faced from coronavirus deaths in nursing homes, claiming that the facilities are now safer for older people than staying home.

“In New York, we are number 46 in the nation in terms of the percentage of deaths in nursing homes, compared to the total percentage,” Cuomo told Chuck Todd on NBC’s “Meet the Press”.

“If they want to point the finger, not New York,” he insisted. “I have taken political heat, okay? There are facts and there are policies. “

“We are number 46, you have 45 other states to point the finger at the beginning,” he said, referring to data recently compiled by the New York Times.

New York has recorded 6,250 COVID-19-related nursing home deaths, but a bipartisan coalition of lawmakers has said that number could be much higher. It is also almost impossible to accurately determine a death rate because New York facilities do not have to report the number of positive cases, The Times noted in its analysis.

Cuomo has faced widespread criticism over a controversial order to ban nursing homes from rejecting coronavirus-infected patients from hospitals, widely blamed for the wild spread among residents. The policy was partially repealed in May.

Cuomo insisted that Empire State seniors who need care are now safer in nursing homes than they would be in their homes.

“We are evaluating every nursing home employee every week,” he said. “So it could be argued that they are safer than an older person in the home, who is receiving care at home.”

Cuomo also announced the latest figures for New York. Only five deaths were reported in the state on Saturday, while hospitalizations are now below 800.

But he said he feared that the alarming increase in cases in other states could destroy all progress.

“If these states continue to rise, we will have a national crisis like we have never seen before,” he warned. “I’m afraid the infection rate in the other states will go back to New York and raise that rate again.”

That could also affect the planned reopening of schools at the beginning of the next school year, he admitted.

“We have plans to open schools. But … two months to go. Anything can happen in two months, “he said. “If this continues across the country … the children are going to be home for a long time.”

Cuomo blamed President Trump and his team for being “basically in denial” and said, “They don’t want to tell the American people the truth.”

“This is a virus, it does not respond to politics. You can’t tweet it, you have to deal with it, ”he joked.