Giant creatures like wombat, the size of black bears, once walked the earth 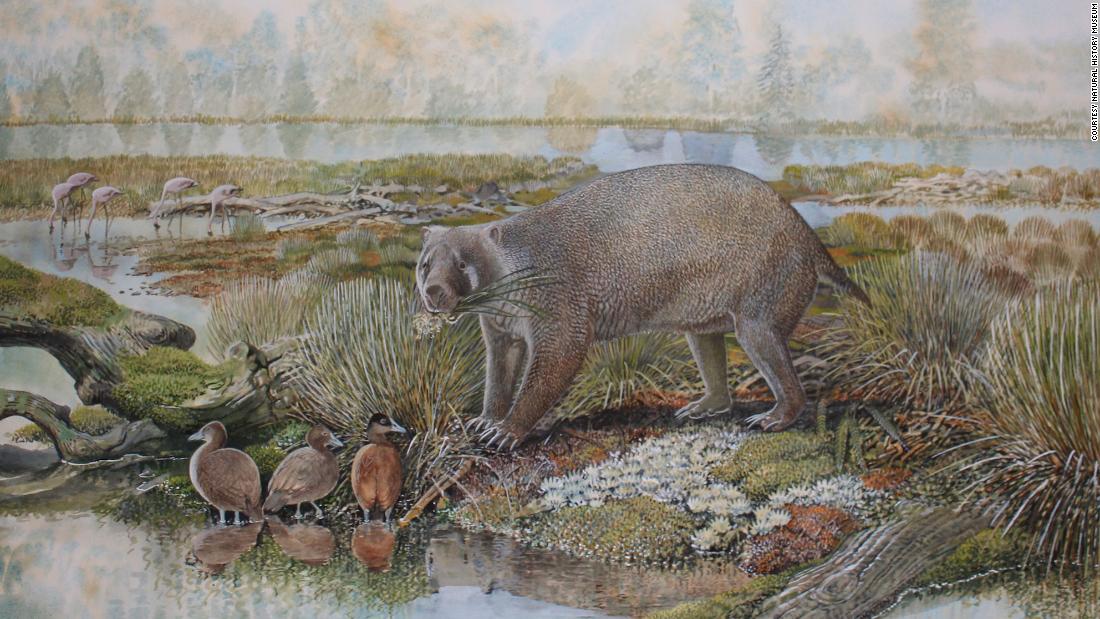 A team led by researchers at the University of Salford in the United Kingdom discovered the new family of marsupials after studying the partial skull and most of the skeleton that had been collected from Lake Pinpa, in north-eastern South Australia, in a expedition during the 1970s.

The researchers called the animal “Mukupirna”, which means “big bones” in Dieri and Malyangapa, the indigenous languages ​​spoken in the southern region of Australia, where the fossil was discovered.

In an article published in Scientific Reports on Thursday, researchers confirmed that the mammal belonged to a new family of marsupials: mammals characterized by premature birth and continued development of the newborn while latching onto the nipples in the lower belly of Mother.

Studying the creature’s fossilized teeth, bones, and skull, experts concluded that the animal, which would have weighed up to 330 pounds, would have been dedicated to “digging scratches,” but was unlikely to have been buried.

“It’s surprisingly big, a quirk for that time period,” lead author Robin Beck of the University of Salford told CNN. “It was one of the largest animals in Australia at the time.”

Beck said that while the creatures are more like wombats, they were about five times larger.

Scientists studied how body size has evolved in vombatiforms, the group that includes Mukupirna, wombats, koalas, and their fossil relatives, and found that body weights of 220 pounds or more have evolved at least six times in the past 25 million years. .

The largest known vombatifom, called “Diprotodon”, weighed over 2 tons and survived until approximately 50,000 years ago.

Speaking about Mukupirna, Beck said: “This fossil had no teeth that grew throughout its life, so it probably did not feed on grass,” adding that researchers are not sure when the animal became extinct.

“About 23 million years ago, the environment changed to become more like a rain forest in Australia, so there were environmental changes that possibly led to its extinction,” he suggested.

“Mukupirna reveals a fascinating combination of characteristics and provides evidence of a close link between wombats and an extinct group of marsupials called wynyardiids,” added the report’s co-author, Pip Brewer of the London Museum of Natural History, in a statement.

“He suggests that adaptations to dig for food may have existed in the earliest members of the wombat family and likely led to their eventual survival to this day. Although previously suggested, it had not been possible to prove this, as the oldest fossil Wombats discovered are only known from teeth and some skull fragments, “Brewer said.