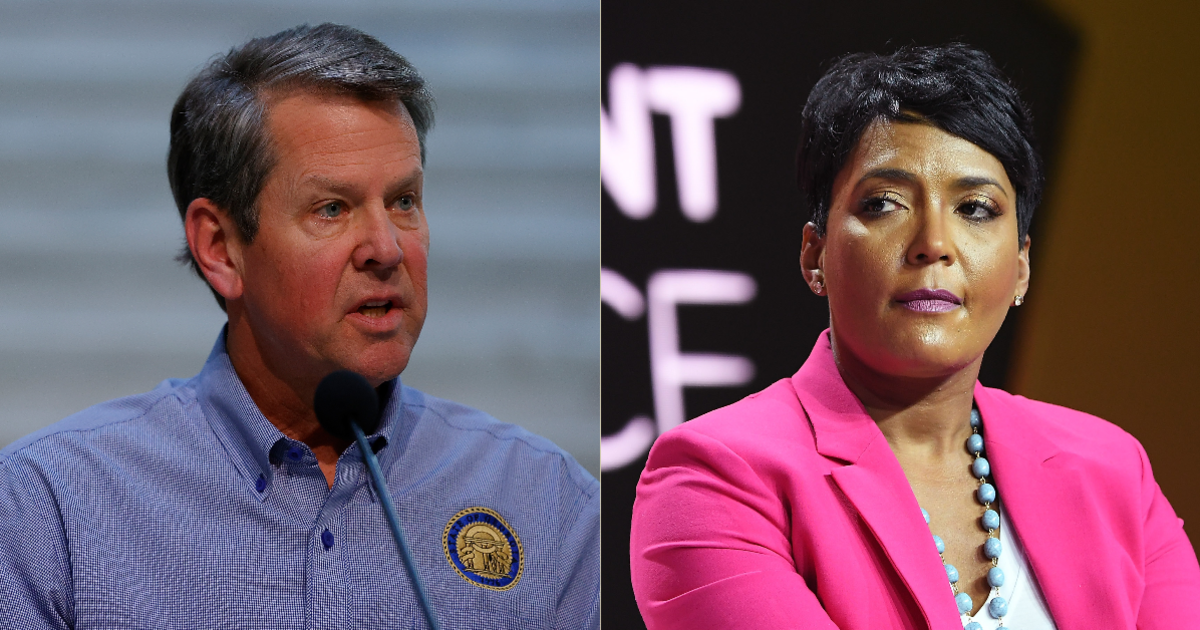 Georgia Governor Brian Kemp Thursday announced he will withdraw a lawsuit against Atlanta Mayor Keisha Lance Bottoms and the City Council on the city’s requirement to wear face masks in public and to maintain social distance measures to spread of the coronavirus.

Although Kemp acknowledged that the mayor agreed not to implement a Phase One roll-back plan when the state opposed a rise in COVID-19 cases, he said they could not reach a general agreement. He added that he will release new language when the current executive order expires on August 15.

“I have submitted to the City of Atlanta to stop the closure of local businesses immediately and to protect local workers from economic instability. For weeks we have been working in good faith with Mayor Bottoms, and she has agreed to renovate phase one of the city, which included business closures and a shelter in place order, “reads Kemp’s statement.

“Unfortunately, the mayor has made it clear that she will not agree to a regulation that protects the rights of owners of private property in Georgia,” the statement added. “Given this stalemate in negotiations, we will address this very issue in the next Executive Order. We will continue to protect the lives and existence of all Georgians.”

Bottoms, a Democrat, had previously indicated that the Phase One rebuilding plan would mean people would have to shelter at home and restaurants would limit services only for takeout and delivery. But she said these were recommendations and not legal orders, and that Kemp did not understand what she was doing, according to The Associated Press.

AP also received a statement from Bottoms on Thursday, in which it said the mayor was misleading the public.

“From the beginning of this pandemic, my sole purpose has been to save lives,” she said. “While it is unfortunate that the governor is deliberately trying to offend the people of our state by issuing a sadly inaccurate statement about our negotiations on good faith and the recommendations for the reopening of the city, I am grateful that this lawsuit is and the time and resources of our city and state can be better used to combat COVID-19. “

In Kemp’s lawsuit, filed in July, Kemp stated that Bottoms’ orders would create “ambiguity and uncertainty for the citizens and businesses” in Atlanta. The lawsuit also said some restaurants closed in the belief that “this is necessary to prevent enforcement of action by the City.”

Containing mask and social distancing restrictions, the alleged lawsuit, would have left people “directly and irreparably harmed”. The Kemp lawsuit also notes that the city council “does not have the power” to issue ordinances that are contrary to its mandates.

“These men and women are doing their best to put food on the table for their families while local elected officials shut down businesses and undermine economic growth,” Kemp tweeted at the time.

“… I refuse to sit back and watch because disastrous policies threaten the lives and livelihoods of our citizens. We will fight to stop these reckless actions and put people on pandemic policy,” he continued.

In an interview with “CBS This MorningIn July, not long after Kemp filed his lawsuit, Bottoms called the governor’s actions ‘illogical’ and said he was endangering people’s lives.

Li Cohen contributed to this report.