Gene E. Herrick: Memories of the Korean War from a 93-year-old retired journalist on the 70th anniversary of the start of the war 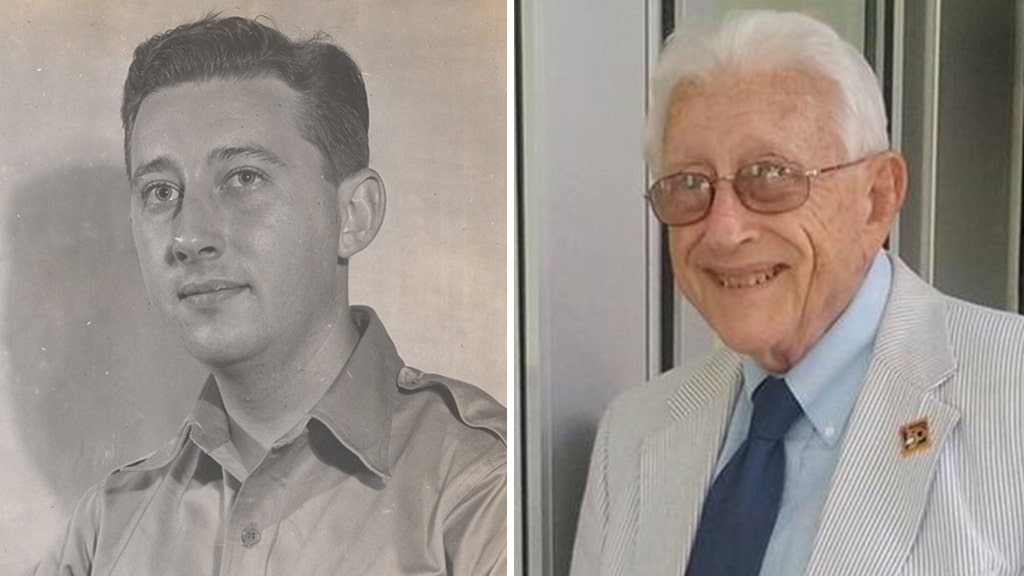 The Korean War began exactly 70 years ago, on June 25, 1950, and shortly thereafter I was there as an Associated Press photographer and war correspondent, many times under fire. There were times when I thought my life was about to end, and I never dreamed that I would continue writing about the war all these years later, at 93 years old.

“War is hell,” said Union General William Tecumseh Sherman during the Civil War. He was correct. Wars have been fought since before recorded history, but no matter how many people die and how much destruction takes place, wars continue to break out and claim more lives.

The Korean War was unpleasant. The weather was terribly hot in the summer, snowy and very cold in the winter. I traveled with troops through rugged mountains, raining and clouds of dust. And worst of all, of course, was death around me.

RARE AND CLASSIC PHOTOS OF THE KOREAN WAR

As we grow up, our parents teach us to be peaceful and love your neighbor. War makes troops leave those lessons behind, focusing instead on hate, death, fear, and loneliness. Hell on earth is a good description.

Like everyone who has been at war, I have stories of war. Let me tell you some.

Associated Press, photographer and reporter Gene Herrick in 1950 and 2019.

I landed in Pusan, South Korea in early August 1950, just a few weeks after the start of the war. I was found by three other AP war correspondents, including Max Desfor, the photographer who took the famous photo of hundreds of North Korean refugees climbing the Han River Bridge fleeing south.

Immediately, my fellow correspondents taught me some war lessons. One was how to “dig”, which means getting what you need without paying. A bottle of liquor was a favorite tool we used to dig.

On the first day, my colleagues took me to the front, left me in the middle of a battle, and left. Suddenly I was in a war for the first time in my life. I stopped in the middle of a small dirt road and saw American fighter jets bombarding and attacking the enemy. Smoke rose and in the foreground as American soldiers loaded a stretcher with an injured soldier.

What a great photo, I thought as I took the photo. At the same time, I heard a snap near my ears and saw small drops of earth emerging at my feet.

A nearby American soldier crouched in a ditch yelled, “Sir, do you hear that snap?”

“Sir, do you see that dirt rising at your feet?”

“Sir,” the soldier yelled. “Those are enemy bullets, they are shooting at you!”

That was the welcome of this young war buff. It’s amazing that it wasn’t my last day alive.

Every morning he would check where the worst battles were going on that day. Then he would look for me, beg and hitchhike to the front.

“Sir,” the soldier yelled. “Those are enemy bullets, they are shooting at you!”

I remember one night I went to bed in a fully clothed metal crib, including my helmet. At dawn, a fighter jet flew right next to where he was sleeping and fired bullets at something. I thought our building would be next. I jumped off the cot and dove underneath to protect myself. Then I felt like a fool when I looked through the springs in the bed. What kind of protection was that?

Correspondents wore military clothing during the Korean War, but we did not carry the emblem of a war correspondent. Too much objective! We had to constantly search for our food, transportation and a place to sleep.

One day I was caught by enemy bombardment and machine gun bullets in an apple orchard. I joined the GIs in a ditch, knowing enough for that moment not to be left out in the open. Moments later I took a picture of two wounded American soldiers lying on stretchers in a jeep. They were holding hands. Very moving. I have no idea if they survived.

Leaving the garden with our troops, we drew more enemy fire. A soldier handed me a rifle. I returned it to him and told him I didn’t know how to shoot it. And furthermore, I said, it was contrary to the Geneva Rules of War for correspondents to bear arms.

Moments later, we encountered a large contingent of American soldiers preparing for another battle. A soldier lying in a ditch looked at me and said, “Sir, are you in the army?”

“I did not answer.

“Sir, could you go home now if you wanted to?” asked the young man.

One day I traveled to the British front near the Naktong River in South Korea. I had to walk along an open beach and cross a metal military bridge to reach a small command post, where I met a young British officer.

Suddenly the radio beeped that American fighter jets had attacked British troops. The tragic mistake was caused by British troops who called for an air strike against the North Korean troops in front of them. Large, colorful banners were placed on the ground to let American planes know where the British were located, to ensure that the Americans did not attack our allies.

But in the heat of battle, the British had crossed their banner to attack the enemy. The American pilots, very low and fast flying planes, did not know this and thought that the British soldiers were North Korean forces. In a horrible “friendly fire” case, the Americans bombarded the British, killing and injuring many.

I joined my new British officer friend and others to cross the river and climb a bank, just as the wounded returned. I found out that the British forces suddenly disliked the Americans.

An angry, wounded soldier came towards me with his bayonet just inches from my chest. My officer friend grabbed the man’s hand and gun, saving my life.

Moments later, the seriously wounded on stretchers passed us, being taken to the rear. The British were very short-handed. I had to make an instant decision. Should I, as a journalist, continue to take photos of the evacuation? Or should I help carry a stretcher?

I grabbed one of the handles on the stretcher. The enemy continued to bombard us as we crossed the river on that rickety bridge. The shells hissed and we ducked and the water splashed on us. Repeat. Repeat. Finally, we ran in the sand on the beach.

We were running with our wounded soldier, who was bleeding when another projectile fell so close that the explosion brought us down. Lifting up. I noticed a body lying on the sand, with the top of its head missing. I realized that it was the officer who had saved my life a few minutes earlier.

Those memories of death are still haunting, even after so many years.

Today, anyone can upload images from a cell phone or camera to the Internet and send them anywhere in the world in an instant. But that was many decades away during the Korean War. One of the biggest challenges photographers faced was bringing our film to Tokyo, where it could be processed and broadcast to newspapers, magazines, and television networks and stations around the world.

I vividly remember covering the amphibious landing at Wonsan in North Korea, taking photos from a helicopter. I did the same when American troops landed at Iwon, just north of Wonsan.

Then I went by boat with General David G. Barr and Colonel Herbert Powell to explore the area. We were sitting like ducks for enemy fire, but we made it to the beach unscathed. I told the general that I had no idea how to take my film to Tokyo and he could see that he was upset.

The general turned to an aide and said, “Take your film to my pilot and have him take it to Wonsan and put it in the courier bag!” The three of us became friends.

Later I was with the American troops when we charged against Hyesanjin in North Korea, right on the Yalu River on the border with Manchuria in China. I walked back to the city, which was practically destroyed, so I could take photos of the incoming American troops and tanks.

I grabbed six soldiers and took them to the frozen river. They were very dressed, waving their weapons in the air, with Manchuria in the background. For me, that was the image of “victory”.

I immediately flew to Wonsan, took the last plane to leave Korea that night, and landed at an air base south of Tokyo, where I had to spend the night (still in hot film). The next morning I gave my movie to a fighter pilot going to Tokyo. The images were broadcast, and we had an eight-hour world rhythm!

The next morning, I got on a plane to Tokyo, my duty in the war came to an end. However, one of the engines almost fell off before takeoff. I had overcome the war, but now I was on the point of losing my life when I came out of it.

I soon found a fighter pilot returning to Tokyo. He took my film and connected with our messenger, who processed, printed, and transmitted the images worldwide. I took a subsequent plane to Tokyo and after several days I returned to the United States.

A few years later, I was assigned to cover a PGA golf tournament in Oklahoma, and I stopped at a restaurant along the way. The waitress and I talked and I said something about the Korean War. She replied that her brother had fought in the war. She said she had a photo of him on the Yalu River.

I asked him if the image showed six GI standing in the river and waving their weapons over their heads. Stunned, she asked, “How did you know?”

“I took that photo,” I replied. Small world.

Looking back, my experiences covering the Korean War for the AP were interesting, challenging, and dangerous. It is sad that many of the journalists and the troops who were there with me never came home alive.

I did my job like any good war correspondent, keeping the world informed about the fight that broke out. But how I wish that the work of war correspondent could disappear, with the end of wars and becoming part of our past but not of our present or future.