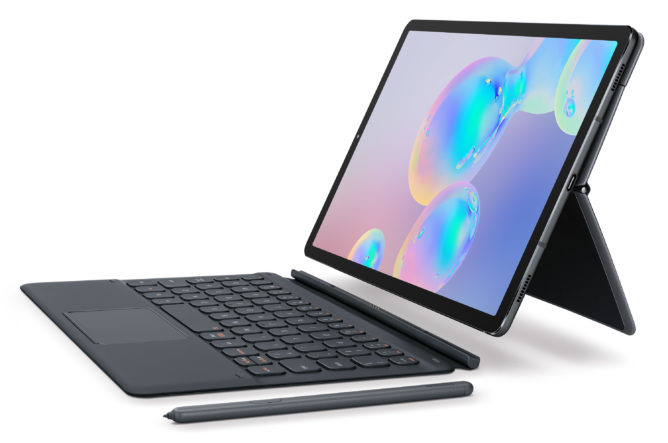 Samsung’s recent efforts to proactively launch Android 10 on its flagship phones impressed us, considering that the Korean brand was known for its long release schedules not too long ago. So far, at least, it’s stuck to the Android 10 launch roadmap that the company revealed in late November. After updating many of its recent smartphones, Samsung is now servicing its range of tablets as well, starting with the 2019 flagship. Several reports have emerged from users in Germany, revealing that the Galaxy Tab S6 is getting the update from Android 10, in line with its scheduled release in April.

Our informant in Germany got the latest version of One UI based on Android 10 in its LTE variant of Galaxy Tab S6 earlier today. The T865XXU2BTC7 version of the operating system carries the security patch of March 2020 and brings a host of Android 10 and One UI 2.1 features, including an improved dark mode, gesture navigation, and digital wellness capabilities. A Redditor also shared a screenshot of an updated software information page to corroborate the details of the version. With this update, the Tab S6 skipped over One UI 2.0 and jumped straight to 2.1, which debuted with the Galaxy S20 lineup and launched on Samsung’s older flagships just last week.

As has always been the case with major updates, Samsung is releasing this version on a limited basis, first for Tab S6 users in Germany. If past releases have anything to go by, the update shouldn’t take long to cover most of the key markets, including those in North America and elsewhere. It weighs around 2.2GB and should hit your device automatically if it’s in the region, or you can manually check it from the Configurations menu.

The Verizon model of the Tab S6 now also receives Android 10, according to the operator’s website. The update has a build number of QP1A.190711.020.T867VVRU2BTC4, and comes with the same March 2020 patch level as the OTA for unlocked devices.

Increased availability in the US

After catching up with the Verizon model, the Android 10 update is now coming to the Wi-Fi-only variant of the Tab S6 in the US Build version T860XXU1BTD1 / T860OXM1BTD1 weighs in at around 2.3GB and brings the same security patch from March 2020.

T-Mobile has released information about the Android 10 update for its version of the Tab S6. The OTA has a build number of ‘T867USQU2BTE1’ and includes Android 10 and the May 2020 security patch level.

The package has a speed of 2.1GB, and if you haven’t received it on your T-Mobile Tab S6 yet, head to Settings> Software update to check.