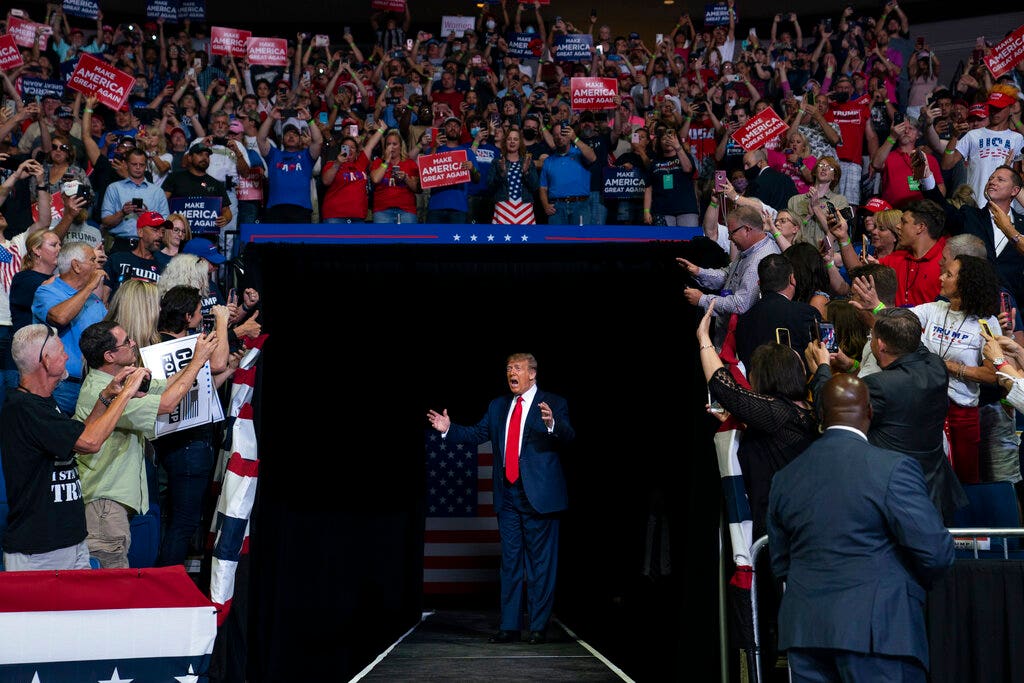 The Fox News Channel ended up as the most watched network on all television during primetime during the week of June 15-21, as President Trump’s concentration with a record audience helped the network exceed primetime averages even from CBS, NBC and ABC.

The Trump rally in Tulsa, the first since the coronavirus pandemic stopped large public gatherings, helped Fox News achieve its largest primetime audience on Saturday night in the network’s history.

The Fox News broadcast of the Trump rally was also the highest-rated, non-entertaining broadcast on all prime-time television of the week, with a total of 6.7 million viewers and 1.4 million in key demographics. of adults between 25 and 54 years old. He even topped the promoted ABC News interview with former national security adviser John Bolton and CBS’s “60 Minutes”.

A NewsBusters study found Monday that MSNBC showed viewers just 3 minutes and 45 seconds of the president’s remarks, or 3.7 percent of the 101-minute speech. CNN showed even less, recording in just 3 minutes and 25 seconds, or 3.4 percent. Fox News, by contrast, issued the comments in full.

“The Greg Gutfeld Show” drew 4.6 million viewers after Trump’s speech, making it the most-watched episode of the show, averaging more viewers than broadcast powers like NBC’s “Today” and “Evening News.” CBS in the process.

Fox News ended the week with an average of 3.8 million primetime viewers, followed by 2 million on MSNBC and 1.7 million on CNN. HGTV and TLC joined the news networks among the top five most-watched cable channels from 8-11pm FNC has finished first in primetime on cable for 22 consecutive weeks.

During the same period, Fox News’ prime-time average averaged 3.4 million on CBS, 3.2 million on NBC and 2.7 million on ABC to finish on top of all television for the week.

Fox News extended its 24-week winning streak to total viewers with an average of 1.8 million, followed by 1.2 million for MSNBC and 1.1 million for CNN when HGTV and Hallmark Channel completed the top five.

“Hannity” ended as the most-watched cable news program of the week, with an average of nearly 4 million viewers per night. “Hannity” has now outperformed “The Rachel Maddow Show” on MSNBC for 67 consecutive weeks, as the far-left host averaged 2.9 million viewers.

“Tucker Carlson Tonight”, “The Ingraham Angle” and “The Five” joined “Hannity” as the four most viewed shows on cable news.

Fox News’ Joseph A. Wulfsohn contributed to this report.