Fossils show that the first intrepid humans left Africa 200,000 years ago for a frozen Israel 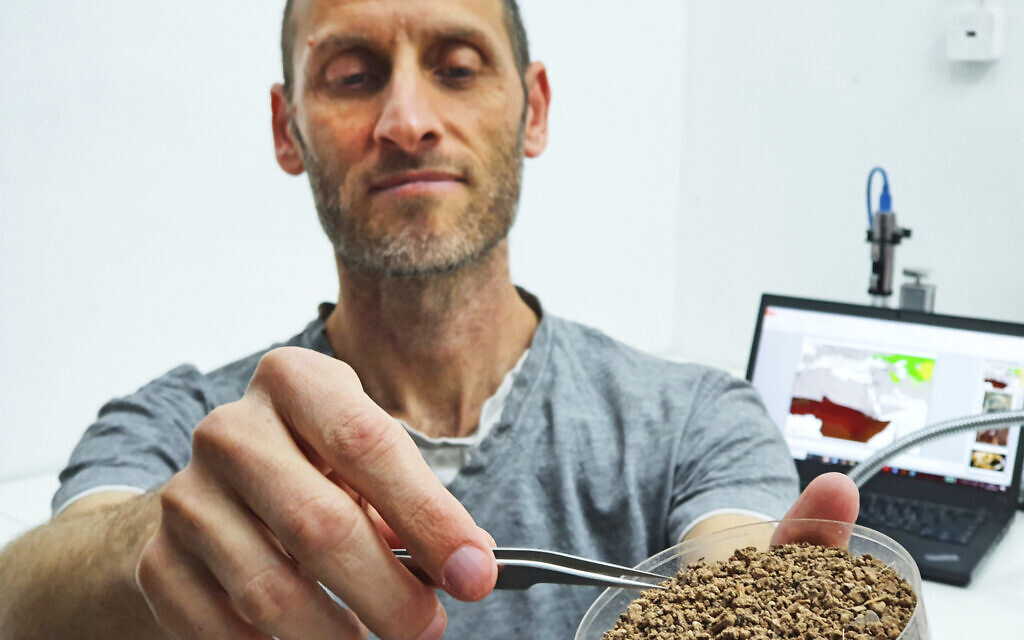 Small rodent fossils found in a cave on Israel’s Mount Carmel could change our understanding of human evolution, indicating that the first entrepreneurial humans who migrated from Africa to Israel 200,000 years ago did so during an Ice Age.

According to a new study published in the Journal of Human Evolution this week, the discovery of rodent fossils that only adapt to cold environments, found in the same archaeological site as the oldest known record of Homo sapiens outside of Africa, proves that those first modern humans arrived during the Ice Age and yet were able to thrive after leaving the Cradle of Humankind despite the drastically colder temperatures.

The study authors say the analysis contradicts the popular theory that the Ice Age delayed human migration between continents. This first sign of human adaptability shows the characteristics that would eventually lead to world domination of our species, the scientists said.

“People who evolved in Africa, in a completely different environment, took this step, which is not seen in any other species in the history of the world with the ability to do: get out of their original cradle in a different environment and be able to survive” Israel Antiquities Authority archaeologist Lior Weisbrod, co-author of the study, told The Times of Israel on Monday. “That is what ultimately allowed humans to reach every corner of the world.”

The new study traces the first instance of “this unique adaptability,” which appears at a much earlier stage in human evolution than scientists had previously thought, Weisbrod said.

The study is based on a more detailed analysis of the artifacts discovered in the Weinstein-Evron excavation in 2002 of the prehistoric Misliya cave, where a 170,000-200,000-year-old jaw was discovered that explosively reset the clock of human migration when it was published in 2018 by Prof. Israel Hershkowitz and Weinstein-Evron.

Speaking to The Times of Israel in 2018, Weinstein-Evron recalled that when she and Hershkovitz first made plans before beginning the joint excavation in 2001, their stated (modest) goal was to search for the origins of modern Homo sapiens. Excavations resulted in the discovery of the jawbone, which she called “Miss Lia”, after the name of the cave in the Mount Carmel region.

The region is riddled with evidence of paleolithic settlements, he said, and during 10 years of excavation, along with the jaw, the team discovered some 60,000 flint tools, spanning the human history of development from primitive and thick to light-weight hand axes, purposely cut. technologically advanced projectiles and thin knives.

In the new study, the researchers further extend the common wisdom regarding human migration, claiming that these bold, primitive humans entered an unknown climate when they migrated north from Africa. The Ice Age Israel would have presented a very different biosphere, Weisbrod said in a conversation with The Times of Israel on Monday, which included much lower temperatures and a different flora and fauna than the Cradle of Humankind.

Illustrative: Misliya cave in Israel, where a complete jaw with teeth was discovered dating back to 177,000-194,000 years ago. (Weinstein-Evron Mine, University of Haifa)

Evidence of a prosperous long-term human settlement in the Misliya Cave shows that these first migrants from Africa overcame climatic obstacles and successfully adapted to the new conditions.

The researchers base their theory on thousands of rodent fossils, most less than 1 millimeter in size, that gathered in the same settlement layer in the Mount Carmel cave. Weisbrod discerned that of the 13 species of rodents present, voles (Ellobius lutescens) can only live in cold weather conditions.

Ellobius lutescens (vole) lived during the Ice Age, but disappeared from Levante more than 150,000 years ago. Today, Weisbrod explained, they still live in colder regions like the Zagros Mountains of northwestern Iran and the Caucasus Mountains.

Weinstein-Evron told The Times of Israel on Monday that the Ice Age in Israel could be better qualified as “the ice age.” In general terms, he said, he estimates that the temperature would have been around 5 degrees Celsius (41 Fahrenheit), which would allow the coexistence of other species with a warmer climate that were found in the whole of the cave with the voles of cold weather. . Other animal remains found in the cave were used as food, including auroch (extinct cattle) and other fillets of deer, hares, ostrich eggs and wild boars.

Area excavated from the Misliya cave, where a complete jaw with teeth recently dating from 177,000-194,000 years ago was discovered. (Weinstein-Evron Mine, University of Haifa)

Weisbrod said that the vole would have had some plasticity in its climatic niche in its migration south to the Levant, but that, apart from temperatures reduced by about five degrees, the region at that time would have been very different from the arid land that we are used

“If we were transported back in time, we would not recognize it,” Weisbrod said, citing the existence of giant lakes that stretch from the Sea of ​​Galilee to the Dead Sea. The Ice Age in the Levant made the region “more different and challenging” for the first migrants from Africa, he said.

“With the help of fossils, you can determine under what conditions ancient humans could have survived in different prehistoric times, and at what speed human adaptability evolved to adapt to various climatic conditions,” Weisbrod said in the press release from the IAA.

The question now remains: if primitive man could adapt to a new climate, what kept them in Africa for so long?

“If climate was not the factor that initially delayed our ancient ancestors, researchers will have to examine other explanations, including those related to population demographics, interactions with other human species, or the late emergence of technological innovations,” he said. Weinstein-Evron in the IAA press release.