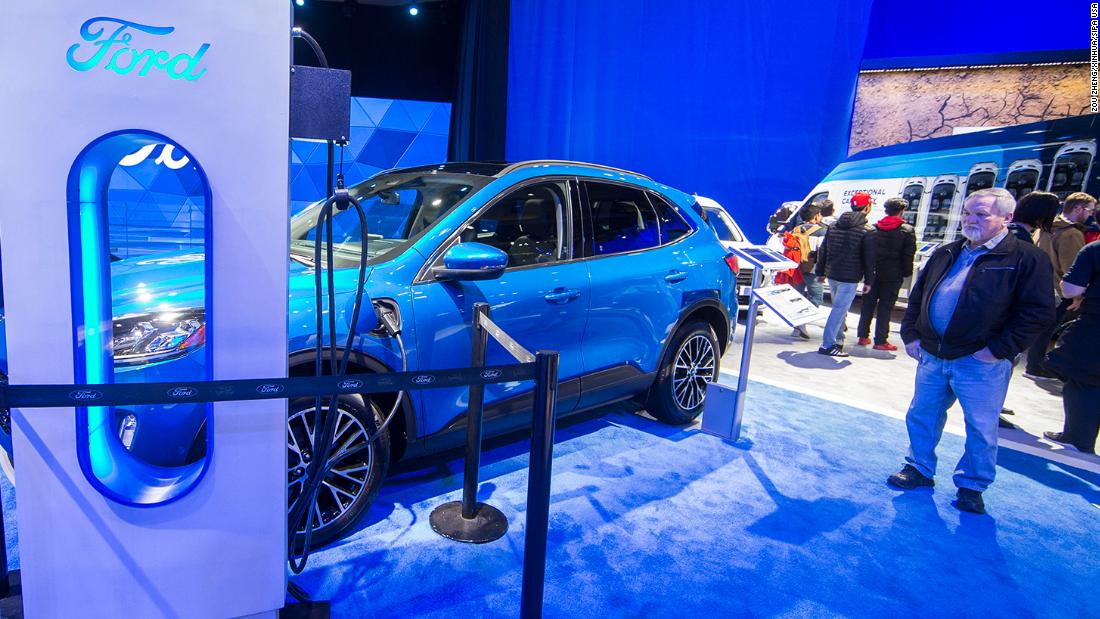 “We are moving the product next year when we will work with suppliers to resolve this issue,” Ford spokesman Dan Barbosa said.

The Kuga, a plug-in hybrid model, is subject to recall in Europe because a defect could cause its battery pack to leak out of the hot gas, increasing the risk of overheating and fire.

Escape shares components including battery cells with Kuga, Barbosa said. The Kuga is Ford’s most popular SUV in Europe, with 153,800 sold in 2018.

The recalled Kuga models were built between July 2019 and July 2020, according to the European Union’s safety instructions. Ford spokesman Jay Ward said 20,500 vehicles had returned. There have been seven fire cases linked to the issue, but no injuries or deaths have been reported.

Ford (F) Escape to a plant in Louisville, Kentucky. The latest model of small SUV will be sold in two hybrid versions, one of which is plug-in.