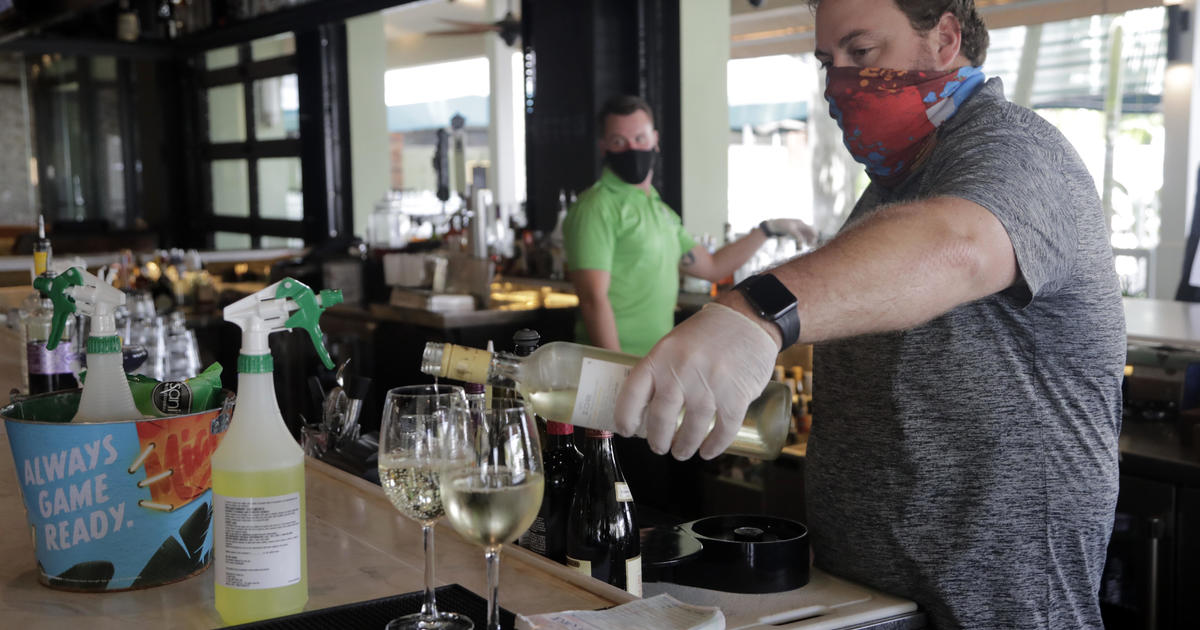 Florida has announced a ban on alcohol consumption in its bars after its confirmed cases of coronavirus approached 9,000. The Florida agency that governs bars announced the ban on Twitter on Friday, moments after the state Department of Health reported 8,942 new confirmed cases, beating the previous record of 5,500 set Wednesday.

State officials have blamed much of the new outbreak on young adults who flock to bars after they reopened in most of the state about a month ago, and many of them ignored social distancing restrictions aimed at reducing the spread of the virus. .

More than 24,000 new cases have been reported since Saturday, representing more than a fifth of the 111,724 confirmed cases since March 1. The department had not updated its death toll, which still stood at 3,327.

The seven-day average for positive tests fell slightly to 13.4%, one percentage point less than Thursday, but still tripled the 3.8% rate on June 1.

Florida is one of several states experiencing spikes in new cases, leading to change. On Thursday, Texas Governor Greg Abbott announced the reopening of the state has stopped.

“The State of Texas will pause at any additional phase to open Texas as the state responds to the recent surge in COVID-19 positive cases and hospitalizations,” a governor’s office press release said.

Businesses in the state that were already allowed to open in their previous reopening phases can “continue to operate at designated occupancy levels and under the minimum standard health protocols provided by the Texas Department of State Health Services,” according to the release.