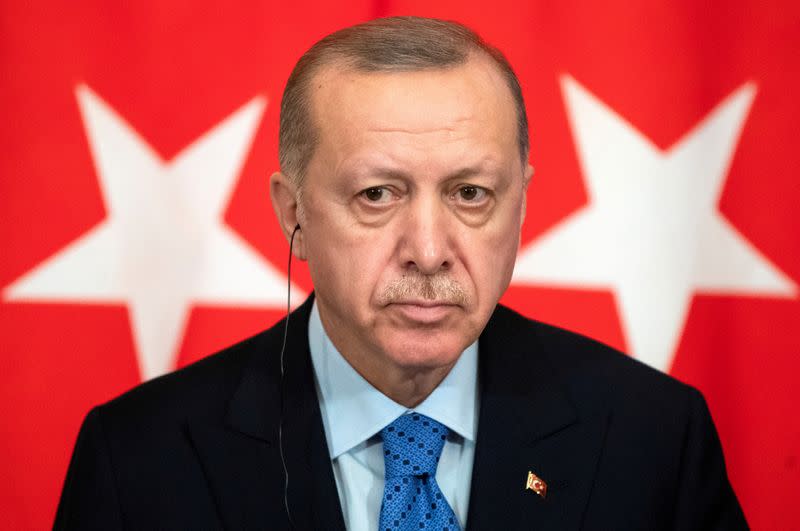 ISTANBUL (Reuters) – Turkish President Tayyip Erdogan told Canadian Prime Minister Justin Trudeau that the suspension on Canada’s exports of some drone technology was not in line with the spirit of the coalition, Erdogan’s fee said late Friday night.

Canada suspended the export of some drone technology to Turkey earlier this month as it investigated whether the devices were used by Azeri forces involved in the war with Armenia.

In a phone call on Friday, Erdogan and Trudeau discussed improving relations and boosting bilateral trade, with the Turkish president saying they also discussed issues related to cooperation in the defense sector.

“During this call, President Tayyip Erdogan said that the suspension by Canada on exports of some military equipment to Turkey due to the Azerbaijani-Armenian conflict … is against the spirit of alliance,” the president said.

Turkey and Canada are both members of NATO.

Turkey’s military exports to its ally Azerbaijan have increased sixfold this year, with sales of drones and other military equipment reaching 2 million in the month before the fighting began in the Nagorno-Karabakh region, according to export figures.

Ankara has said it stands firm with its closest ally in the conflict over Nagorno-Karabakh.