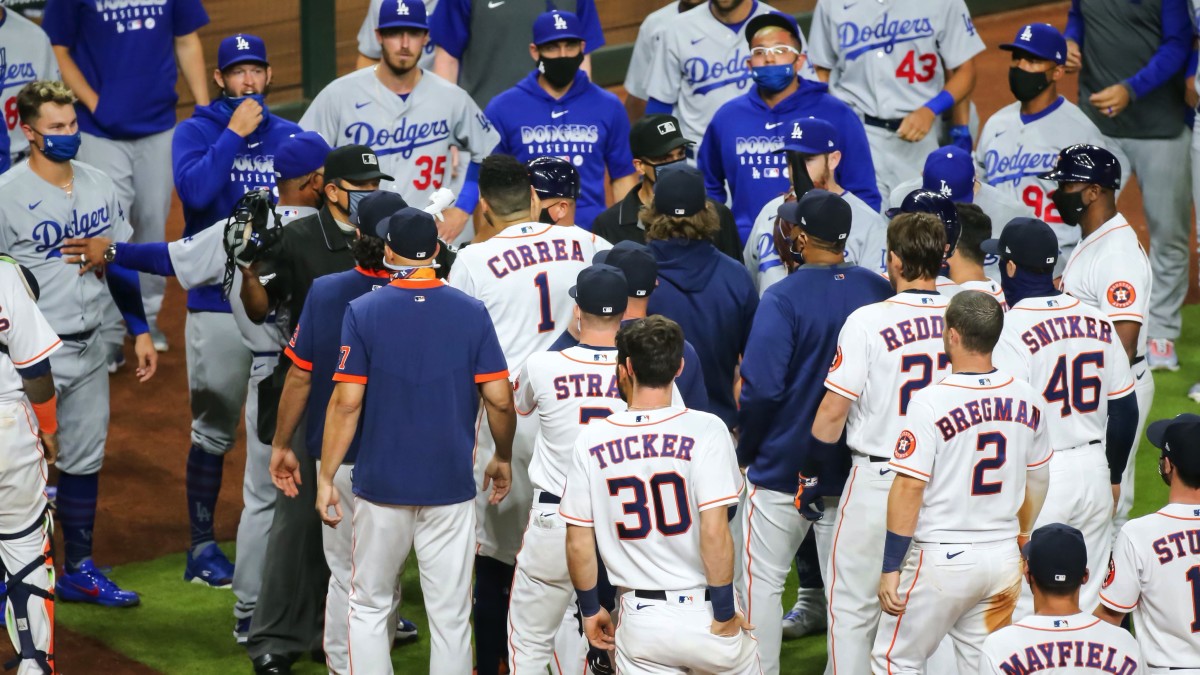 The first Dodgers-Astros meeting since Houston was punished for stealing posters during the 2017 season was filled with fireworks.

On Tuesday night, in the bottom of the sixth inning with the Dodgers leading 5-2, Los Angeles reliever Joe Kelly threw a 96 mph fastball, which sailed behind the head of Astros third baseman Alex Bregman, as the fourth pitch of a four-pitch walk.

Later in the inning, Kelly threw a curved ball that buzzed over the head of Astros shortstop Carlos Correa.

Correa went on strike to finish the entry and when Kelly left the mound, the two exchanged words.

Soon after, the banks were cleared.

Kelly was not on the Dodgers team that lost to the Astros in the 2017 World Series.

The two clubs weren’t supposed to play each other this season on the originally designed 2020 MLB schedule. However, as a result of the league implementing a 60-game schedule, the two teams will play three more times this season.