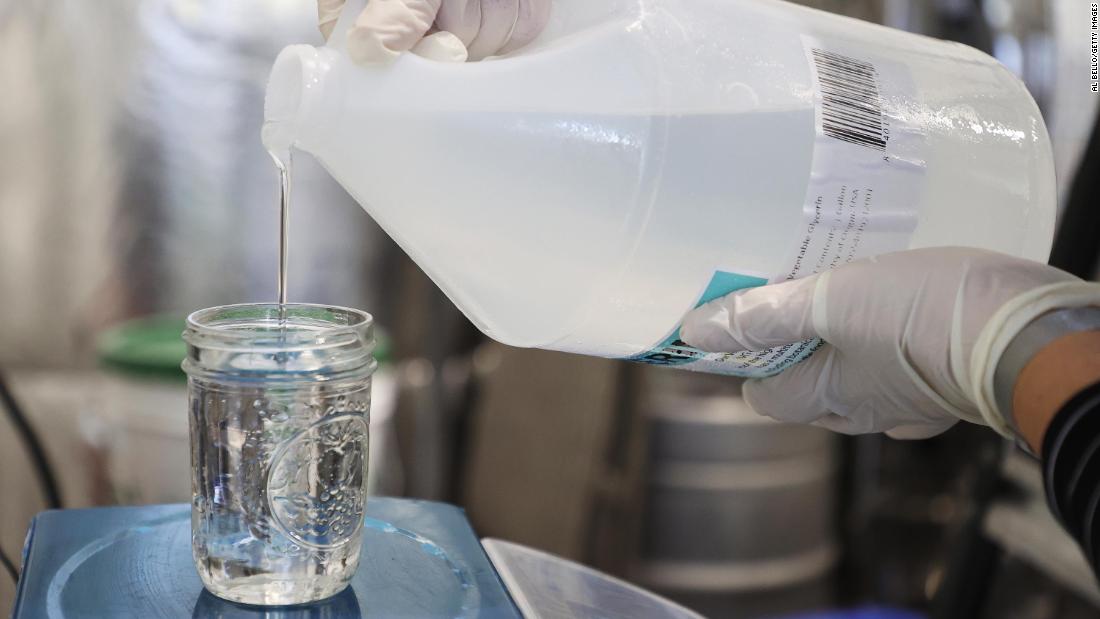 When the supply of hand sanitizers was low in March, hundreds of distilleries jumped and made it themselves. To do so, they had to register as drug manufacturers, paying a user fee to the government each year.

Earlier this week, an agency from the Department of Health and Human Services, U.S. Food and Drug Administration, H.H.S. A ના 15,000 fee is charged from each of the distilleries, a senior official said.

But the department waived those fees on Thursday, claiming the distilleries were mistakenly charged.

“Small businesses that have taken steps to combat Covid-19 should be applauded by the government, and no tax should be levied for doing so. I’m glad we’ve instructed the FDA to stop enforcing this arbitrary, surprising user fee.” “Brian Harrison, H.H.S. ‘Chief of Staff, said in a statement.

“New Year to help keep us safe, distilleries and happy you!” He added.

Harrison said the distilleries were charged “by mistake” and the fees were not cleared by the HHS leadership.

“Many of these are small businesses, handicrafts and the closure of restaurants has damaged their business and livelihoods,” he said. “But he stepped on the field and joined the fight against Kovid. He was not lacking in bravery. He is an American hero.”

As the epidemic set in earlier this year, hand sanitizer supplies dwindled as people tried to contain the coronavirus.

To meet the increase in demand, some distillers began using alcohol in their facilities to create their own alcohol-based solutions. Some packed it in small bottles, while others encouraged them to bring their own containers for refill.

“Due to recent circulation and low supply reports in our community, we have decided to provide free hand sanitizer to anyone in need. Alot Vera is made from gel and 95% ethanol,” said Old Fourth Distillery, one such company in Atlanta.

Update: An earlier version and headline of this story misappropriated the kind of payment the government charged the distilleries as a penalty. They were facing fees.

Dewan Kol and Harmeet Kaur of CNN contributed to the report.