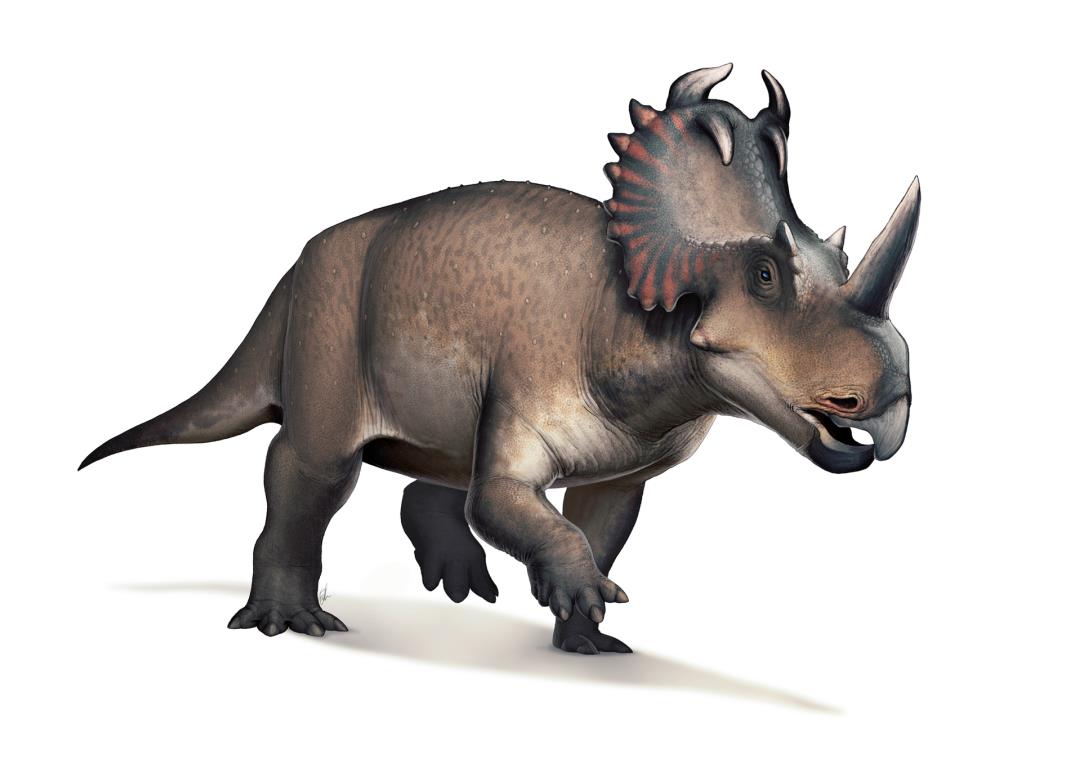 (News)
A dinosaur that hobbled about 76 million years ago has been definitively diagnosed – with cancer, reports New Atlas. Researchers in Canada saw a large growth in a Centrosaurus apertus leg bone and ran it through a battery of tests, made CT scans, constructed a cross-section and cut it into thin slices to analyze it at the cellular level under a microscope. Conclusion: The plant-eating dinosaur suffers from advanced osteosarcoma, a type of cancer that still affects humans and other animals. “Here we show the unmistakable signature of advanced bone cancer in 76-million-year-old horn dinosaurs – the first of its kind,” co-author Mark Crowther told Phys.org. “It’s very exciting.”

Advanced as it was, the cancer probably did not kill the dinosaur – that was found in an enormous bonbed with others Centrosaurus and died presumably along with them. “The cancer would have had crippling effects on the individual and made it very vulnerable to the formidable tyrannosaur predators of the time,” says co-author David Evans. “The fact that this plant-eating dinosaur lived in a large, protective herd may have allowed it to survive longer than it normally would with such a devastating disease.” Cancer has previously been found in other dinosaur fossils, per Science, but the study says this is the first diagnosis of osteosarcoma in a dinosaur. (Or see why the “smallest” dinosaur was not a dinosaur.)