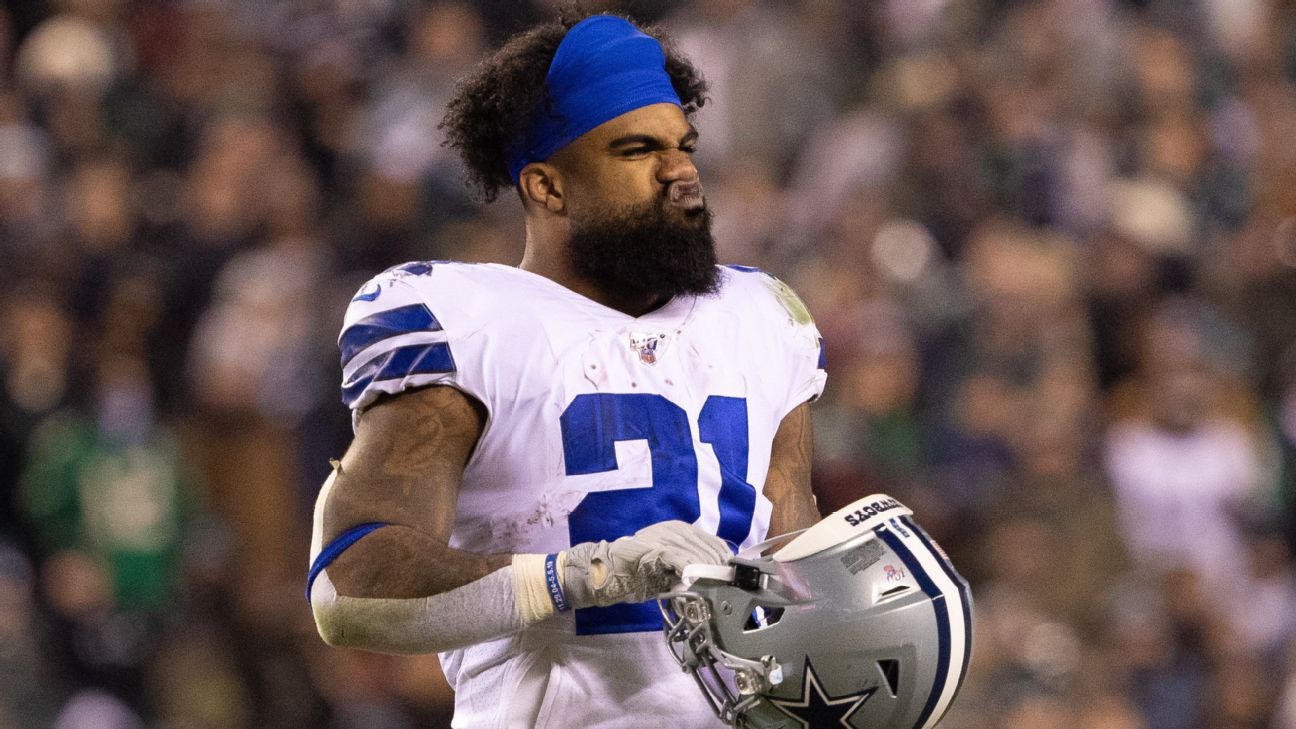 Dallas Cowboys running back Ezekiel Elliott, who was diagnosed with the coronavirus 10 days ago, said Wednesday that he felt “normal” again but that doctors did not authorize him to exercise.

Elliott, speaking on Twitch, said she had trouble breathing and coughing for a couple of days.

Elliott said he believed that if he were retested, the result would be negative. However, he said he decided to give it a few more days.

The three-time Pro Bowler was perhaps the highest-profile player in the NFL to reveal that he had the coronavirus. As cases of positive tests for the virus increase, the 24-year-old said he was concerned about the safety of the players, and that the NFL was preparing to return to training camps in July amid the pandemic.

“I feel like there are a lot of moving parts that need to be solved,” Elliott said. “I just don’t know how they can keep the players [healthy]. You have to put the health of the players first.

“And it’s not even that much, I would say, the health of the players, because I got the crown, and it didn’t really affect me much. But many people have children, they can have children with asthma; they can have newborn babies; their parents or grandparents They can live with them … We have to find ways to make sure that the players and their families, and also the coaches and their families, are not at risk. “

Texas, like Florida and Arizona, has seen a sharp increase in positive tests for COVID-19, with Texas Governor Greg Abbott saying Wednesday that the state is in the midst of a “massive outbreak.”

In that context, Elliott made it clear that the safety of the players and the staff and their families was his primary concern.

“Hey, I hope we play,” he said. “I want them to know: I hope we have a season. But it has to be the right thing. It has to … we have to put the health of the players, the coaches and the support staff first. I think it is important.”