COVID-19: Is it correct to speak of a second wave? 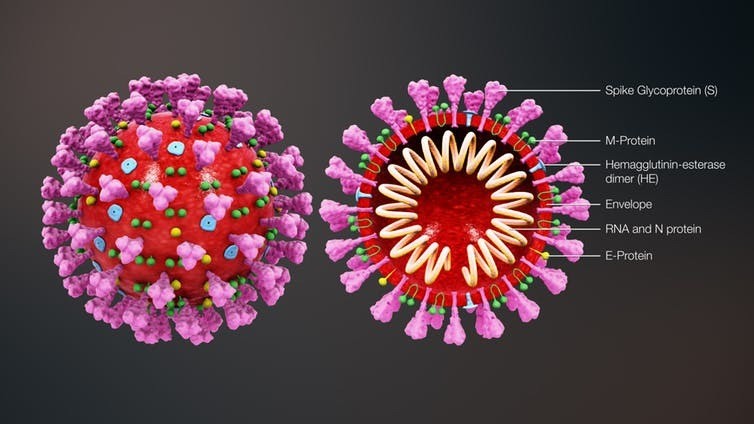 The blockade is decreasing. People are returning to work and the stores are raising their blinds. But we don’t have a vaccine and we are a long way from achieving herd immunity, so this newly discovered freedom is tainted with fear: fear of a second wave of infections.

In fact, people are already talking about a “second wave” hitting China and Iran. But the concept of a second wave is wrong and creates misconceptions about the pandemic.

The idea of ​​a second wave arises from the faulty comparison with the seasonality of the influenza virus.

At the beginning of the pandemic, many experts discussed the similarities between SARS-CoV-2 and the influenza virus. Both are viruses that cause respiratory infections, mostly mild. Influenza is also the cause of the most recent previous pandemics. Because of these similarities, it was tempting to assume that COVID-19 would behave similarly to an influenza pandemic. However, these are very different viruses with very different behavior.

COVID-19 has a much higher death rate compared to the flu, along with a much higher rate of hospitalizations and serious infections. Also, the flu is a seasonal virus. Every year we see flu cases that start in the early fall, increase during the winter, and then decrease as we get closer to summer. This is repeated annually, so if a new strain of flu arises we will probably have a first wave of infections during the winter-spring, then the virus will return in a second wave in the fall-winter of the following year.

The most serious pandemic ever recorded was the so-called Spanish flu pandemic. During this pandemic, the virus infected the northern hemisphere during the spring of 1918, decreased somewhat during the summer of 1918, and then returned more strongly in the autumn of 1918. It is tempting to speculate that COVID-19 will decrease or disappear during the summer, only to reappear as the weather cools. But we don’t know if COVID-19 is a seasonal virus.

Flu has a lower transmission in the summer because the combination of higher humidity, increased UV light and people who spend less time indoors, close to each other. Some of these factors may also affect COVID-19, but we don’t really know to what extent.

Even if seasonal factors affect COVID-19 transmission, the spread of a new virus through a population that does not have immunity will overwhelm any influence of seasonal factors. The 2009 swine flu pandemic virus and the 1918 pandemic virus were new viruses to which people had no immunity. As a result, the virus did not disappear in the summer, although transmission was somewhat reduced. Therefore, we cannot expect COVID-19 to behave like a seasonal virus and decline during the summer only to return with a second wave in the fall.

The first wave is not over.

Aside from seasonality, there is another reason why the idea of ​​a second wave is wrong. The concept of a second wave implies that it is something inevitable, something intrinsic to how the virus behaves. He leaves for a moment, then returns with a vengeance. But this idea does not take into account the importance of ongoing preventive actions and portrays us as helpless and at the whim of this pathogen.

We are not among waves. We have new cases in the UK every day. We are in a COVID-19 transmission stream that is continually affected by our precautionary actions.

Failing to take precautions will lead to an increase in cases. This is the new normal and what to expect until we have an effective vaccine with significant population uptake. Until then, we have to rely on our actions to keep cases low, both now and in the fall.

The concept of a second wave portrays the pandemic as a force of nature that is beyond our control. But we have evidence from many countries that a robust public health system (consisting of widespread testing, pinpointing, isolation, and health support) combined with public participation in safe behavior (wearing face covers, maintaining physical distance, handwashing) is highly effective in minimizing COVID-19 transmission.

We are not at the mercy of the virus, either now or in the future. This is hopeful news, but it places the responsibility on us all. We must continue to fight, but in doing so we must not fear an inevitable second wave.

Articles from the World Economic Forum may be republished in accordance with our Terms of Use.

This article is published in collaboration with The Conversation.

The opinions expressed in this article are only those of the author and not of the World Economic Forum.