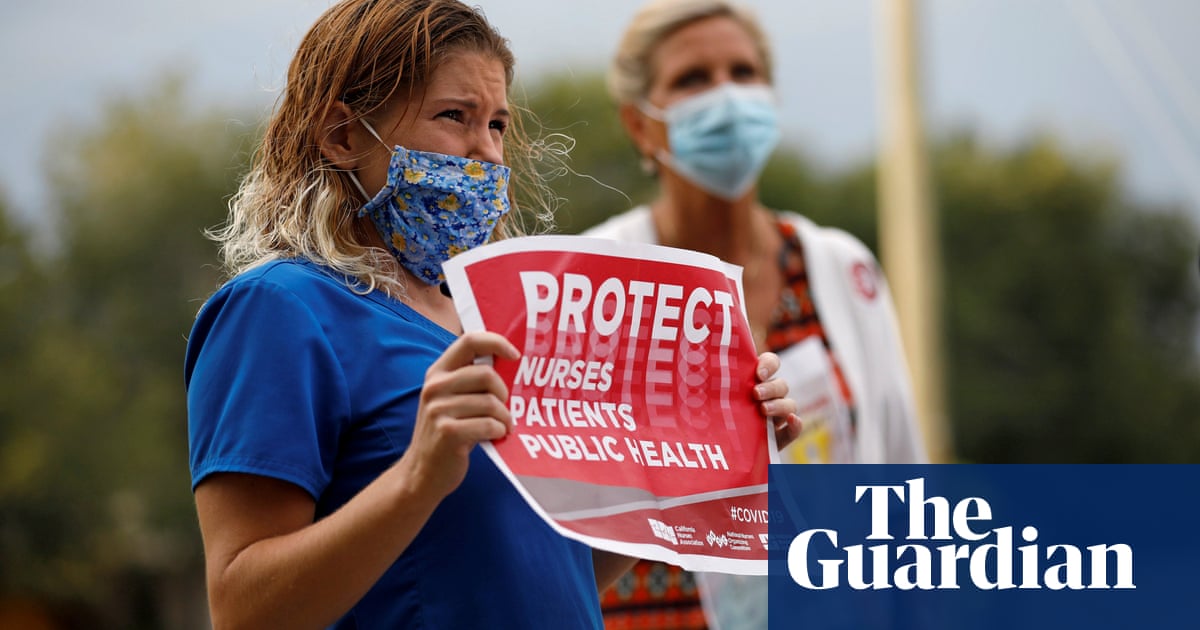 Florida on Tuesday reported another record-breaking one-day rise in coronavirus deaths, and cases in Texas passed the 400,000 mark, fueling fears the United States is not yet taking control of the outbreak and adding pressure on Congress to pass another massive financial aid package.

Public health experts are increasingly concerned about infection levels in states like Ohio, Indiana, Tennessee and Kentucky, while the surge in Florida, along with Texas, Arizona and California this month has strained many hospitals.

The increase in cases has forced a change of direction in the steps to reopen the economies after the end of the blockades established in March and April to stop the spread of the virus.

Florida has had 191 coronavirus deaths in the past 24 hours, the highest increase in a single day since the epidemic began, the state health department said.

Texas, the second most populous state, added more than 6,000 new cases on Monday, bringing its total to 401,477, according to a Reuters news agency count. Only three other states, California, Florida and New York, have more than 400,000 cases in total.

The growing outbreak has brought Covid-19’s death toll in the United States closer to the grim 150,000 milestone, which the country is expected to cross this week and arrive just over three months before the Nov. 3 election, where Donald Trump seeks a second term. The United States has more than 4.3 million confirmed cases, according to totals tracked by Reuters and Johns Hopkins University.

The surge in cases in Florida led Trump to cancel last week the events of the Republican convention in Jacksonville in late August, which had already been reorganized from North Carolina.

However, there is a glimmer of hope in the Texas data, where the state health department reported that current hospitalizations for Covid-19 fell on Monday.

Anthony Fauci, a leading infectious disease expert and leading public health figure in the White House coronavirus task force, said there were signs that the recent surge may be peaking in affected states such as Florida and Texas. But he warned that other parts of the country may be on the cusp of growing outbreaks.

“They may be growing and falling again,” Fauci told ABC’s Good Morning America about the state of the outbreak in several southern states.

But Fauci said there was a “very early indication” that the percentage of positive coronavirus tests was starting to rise in other states, such as Ohio, Indiana, Tennessee and Kentucky.

Fauci added on the same television show that he was “not under any circumstances” deceiving the American public after another attack on him by the President of the United States.

In New York, the state governor, Andrew Cuomo, added Illinois, Kentucky, Minnesota, the District of Columbia and Puerto Rico to a list of places whose travelers must be quarantined for 14 days when visiting New York. Another 31 states are on the list, which was released last month.

Fauci warned that other parts of the country may be on the cusp of growing outbreaks. Photography: Susan Walsh / AP

New York was one of the first centers of the American outbreak, which first emerged in China late last year and has now killed more than 654,000 people worldwide.

On Tuesday, Congress was locked in difficult talks about another coronavirus aid package to help American families and businesses recover from the crisis.

Amid infighting in the Republican arena and disagreement between the two parties, Speaker of the House of Representatives Nancy Pelosi said she intended to meet with Senate Majority Leader Mitch McConnell on Wednesday. while both parties are “passing on our differences”.

Earlier in the pandemic, Congress approved about $ 3 trillion in aid, including enhanced unemployment benefits to ease the pain of closings and closed businesses.

Senate Republicans on Monday announced a $ 1 trillion coronavirus aid package, developed with the White House, which McConnell touted as a “tailored and targeted” plan to reopen schools and businesses, while protecting businesses from judgments.

But the proposal drew immediate opposition from both Democrats and some Republicans. Democrats denounced it as inappropriate compared to its $ 3 billion proposal that was passed by the House in May.

New York City Mayor Bill de Blasio, a Democrat, described the Republican proposal as “non-initiating,” and told reporters that it did not provide support to the state and local governments most affected by the epidemic.

The Republican proposal would reduce the current expanded unemployment benefit from $ 600 per week, in addition to state unemployment, to $ 200 per week.

Meanwhile, the American Federation of Teachers has authorized what the union calls “security strikes” if necessary to protect teachers from the coronavirus as authorities debate whether children and university students should return to in-person learning by the end of Summer holidays.

Some school districts at coronavirus hot spots and the federal government are pushing to reopen schools, despite concerns about the spread of the virus in classrooms.

And Twitter temporarily restricted the account of the president’s son, Donald Trump Jr, for spreading false claims about the coronavirus. He shared a video of a doctor falsely claiming that the antimalarial drug, hydroxychloroquine, is a “cure” for the coronavirus. Fauci on Tuesday morning emphasized that it is not effective for the disease.