Coronavirus: PM ‘will not return to austerity 10 years ago’ 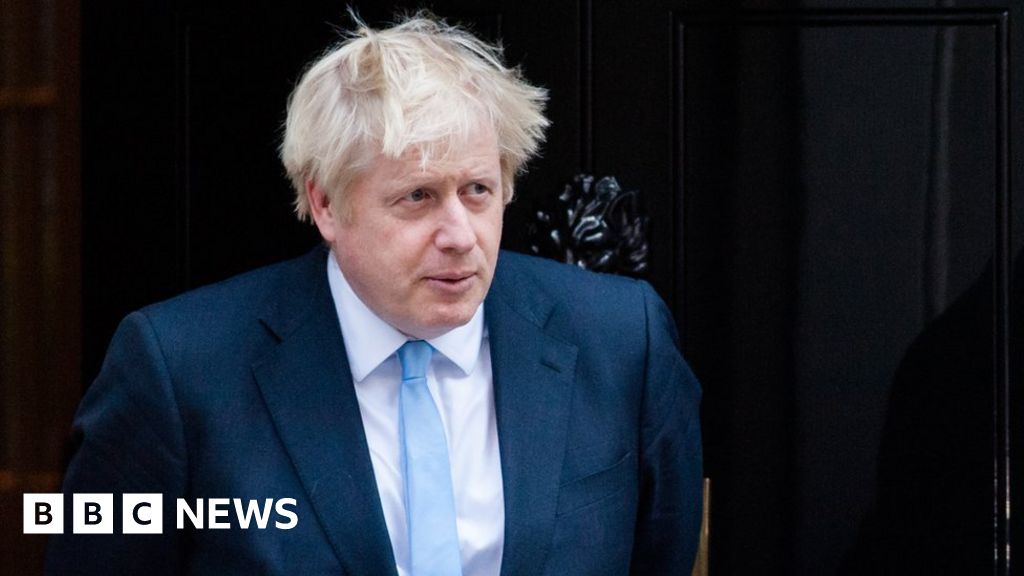 The prime minister promised that his government “will not return to austerity from ten years ago” before a speech next week.

In an interview with Mail on Sunday, Boris Johnson outlined his plans for a post-Covid economic recovery.

They will include a new working group, chaired by the chancellor, which he says will seek to accelerate the construction of hospitals, schools and roads.

The economy contracted 20.4% in April, the largest monthly decline on record.

Amid continued criticism of the way his government has handled the pandemic, the prime minister said ministers “will double by leveling up,” spending on infrastructure to “build our way back to health.”

“We will make sure we have plans to help people whose past jobs are no longer there to get the opportunities they need.

“We are not going back to austerity from ten years ago,” he told the newspaper.

The new infrastructure delivery working group will analyze major projects in progress and eliminate “bottlenecks at every step of development and delivery.”

No 10 expects a construction boom to boost jobs and improve connectivity for cities, towns and villages.

Membership of the task force, led by Chancellor Rishi Sunak, will be established in due course, a Downing Street spokesman said.

The confirmation of the number 10 of an infrastructure unit follows a call by former Conservative Prime Minister Sir John Major to avoid tax increases as the country seeks to recover.

Sir John said that the tax increases during the current situation would be a “mistake” and urged the government to borrow to exploit the low interest rates currently available.

And former Chancellor Sajid Javid previously warned against a return to austerity, calling for low taxes on companies to aid the UK’s recovery.

Boris Johnson has faced serious criticism over the way his government has handled the coronavirus outbreak, and questions are likely to continue as ministers seek to ease the blockade in England.

But evidently ready to try to get his broader political agenda back on track, the prime minister is returning to the phrase so frequently used in last year’s election campaign: “level up.”

It means spending on infrastructure: schools, transportation, and the NHS.

So how will these big projects be paid for?

With billions already spent to support the economy during this pandemic, loans, in a big way, seem to be at stake.

The number of UK payroll workers sank more than 600,000 between March and May, according to official figures, and economists warn that the full effect on employment will not be felt until wage support plans are finalized.

Almost nine million workers who are unable to do their jobs due to the pandemic, have been paid by the government under their leave scheme.

But companies will have to start paying for the plan starting in August, and it will close entirely in October.

In a major relaxation of England’s closure, the Prime Minister announced on Tuesday that pubs, restaurants and hotels were among the list of places that could reopen from July 4.

But the announcement was criticized by some companies, such as indoor gyms, which were not included in the list.

The Observer reported that another million people could become unemployed if no further government support is announced for August, adding to the 2.8 million who are no longer working.

The new analysis from the Library of the House of Commons, commissioned by the Labor Party, suggests that unemployment levels could rise to levels not seen since the 1980s, exceeding the peak of 3.3 million seen in 1984 under Margaret Thatcher, according to the newspaper.

Shadow Business Secretary Ed Miliband said: “The magnitude of the economic emergency we are facing is enormous. But the government is removing the carpet from companies that employ a million people by requiring them to start paying the cost of permission when they don’t even know when they can reopen.

“The government’s approach will put jobs, businesses and livelihoods at risk, imposing costs on all of us. Troubled sectors must receive special help, and the licensing scheme and financial support must go hand in hand with public health measures designed to keep us safe. “

A Downing Street spokesman said: “The coronavirus response has shown that it does not take years to launch essential projects: Nightingale hospitals and the ventilator challenge began operating in a matter of weeks.”

“As we recover from the pandemic, we must apply that same urgency to big projects at the foundations of this country and do them well, to truly level out opportunities across the UK.

“Now there is no excuse for delays. Infrastructure has the power to rebuild and repair our country, and we will do it better, faster, and more strategically than before.”