Coronavirus and cancer hijack the same parts of human cells to spread, and our team identified existing cancer drugs that could fight COVID-19 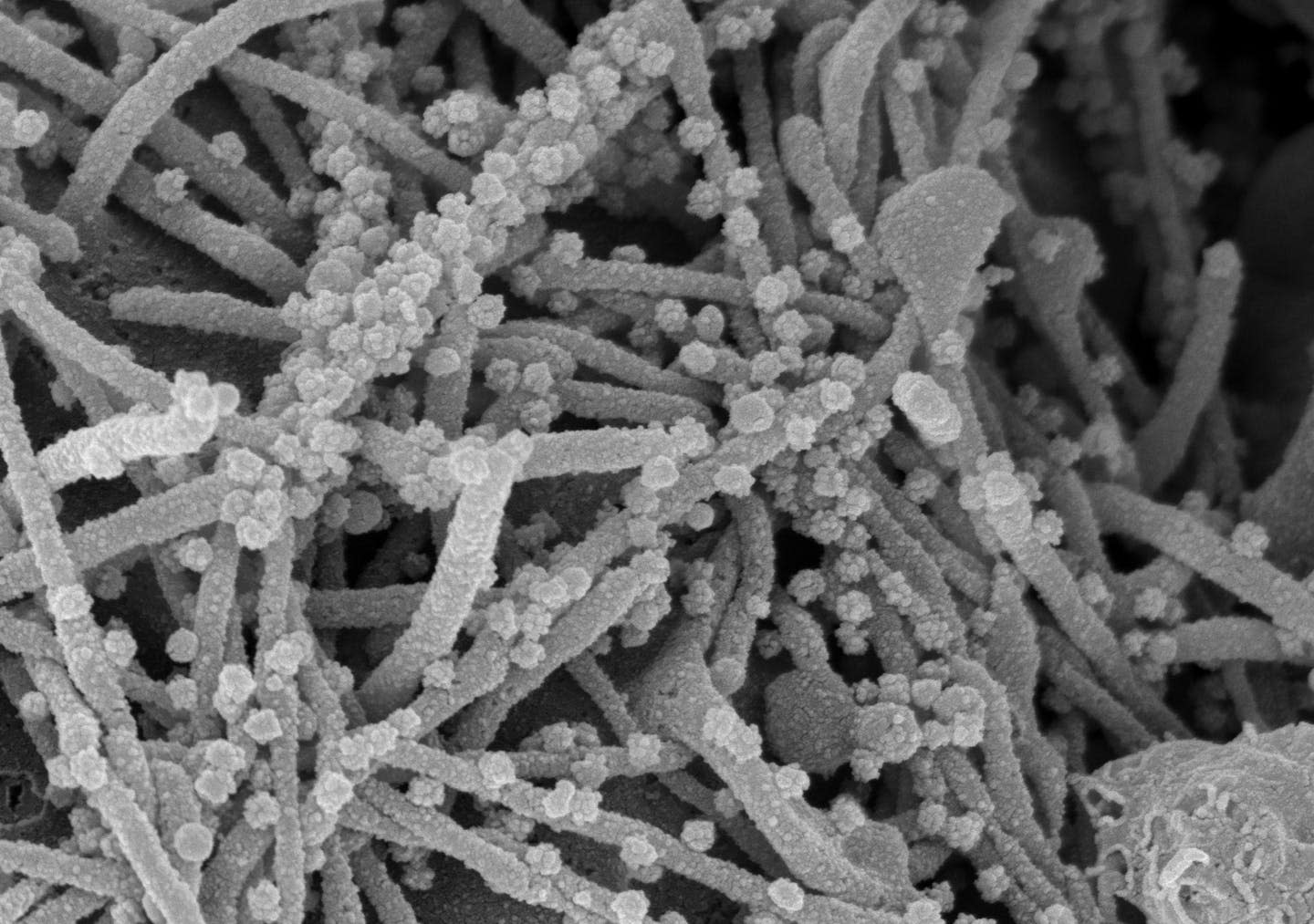 Most antivirals in use today attack parts of an invading virus. Unfortunately, SARS-CoV-2, the virus that causes COVID-19, has been difficult to kill. But viruses depend on cellular mechanisms in human cells to help them spread, so it should be possible to change one aspect of a person’s body to prevent that and slow down the virus enough to allow the immune system to fight off the invader. .

I am a quantitative biologist and my laboratory built a map of how the coronavirus uses human cells. We used that map to find existing drugs that could be reused to fight COVID-19, and we’ve been working with an international group of researchers called the QBI Coronavirus Research Group to see if the drugs we identified showed any promise. Many have.

For years, researchers have suspected that kinases (biological control switches that viruses use to take over cells) could be the target of fighting infections. In recent months, we built a second, more detailed map looking specifically for the kinases that the coronavirus is hijacking.

Using this map, we identified some existing cancer drugs that alter the function of kinases that sequester SARS-CoV-2, and began testing them on cells infected with coronavirus. The results of these first tests are so promising that we are working with some groups and we have already started clinical trials in humans.

Kinases in diseases and as pharmacological targets

Kinases are proteins found in every cell in our body. There are 518 human kinases, and they act as primary control centers for virtually all processes in the body. They can add a small marker, a process called phosphorylation, to other proteins, and thus change how, if, and when a phosphorylated protein can do its job.

For example, if a cell is preparing to grow, for example, to heal a cut on the finger, the specific kinases will turn on and start telling the proteins involved in cell growth what to do. Many cancers are caused by overactive kinases that lead to uncontrolled cell growth, and drugs that slow down the rate of kinases can be very effective in treating cancer.

Kinases are central actors in cellular function, as well as in most diseases, which is why researchers and pharmaceutical companies have studied them in great detail.

Kinases are also fairly easy to target with medications because of how they add phosphorylation markers to proteins. Researchers have developed a host of drugs, particularly anticancer drugs, that essentially work by inserting a key into the mechanics of specific kinases to stop cell growth.

So what does this have to do with the coronavirus? Well, viruses and cancer actually have more in common than you think. Cancer is essentially a malfunction of the cellular machinery that causes uncontrolled cell growth.

Viruses also change the function of cellular machinery, albeit on purpose, but instead of causing cell growth, the machinery is reused to produce more viruses. Not surprisingly, viruses take control of many kinases to do this.

This idea, that SARS-CoV-2 is using kinases to hijack cellular machinery, is the reason why we wanted to build a map of every kinase that is taken up by the coronavirus. Any virus-kinase interaction could be a potential target for drugs.

To do this, we first infect green monkey cells, which are pretty good substitutes for human cells when it comes to virus infection, with SARS-CoV-2. We then grounded these infected cells and used a device called a mass spectrometer to see what proteins were phosphorylated in these infected cells. Then we did the same with healthy cells.

Because researchers still don’t fully understand what all 518 human kinases do, we were able to search for effects in just 97 of the ones we know best. But that turned out to be more than enough. Of those 97 kinases, we found 49 that affect the virus.

Some of the most interesting include Casein Kinase 2, which is involved in controlling the shape of a cell. We also identified several kinases that work together in what is called the p38 / MAPK signaling pathway. This pathway responds and controls the inflammatory reaction of our body. It is possible that these kinases may be involved in the cytokine storm, an overreaction of the dangerous immune system, that some patients with severe COVID-19 experience.

By identifying the kinases involved in SARS-CoV-2 replication, we were also able to learn a lot about how the virus changes our bodies. For example, CK2 becomes much more active during the course of coronavirus infection and causes the growth of small tubes that extend from the cell surface. Under a microscope, the cell appears to have a head full of hair. We believe that SARS-CoV-2 could be using these long-cell extensions, called filopodia, as viral roads to bring new viruses closer to neighboring cells, making infection easier.

Kinase inhibitors in the laboratory and clinical trials.

Learning more about the function of the virus is interesting for a biologist like me and could be useful in the future, but the ultimate goal of our project was to find drugs to treat COVID-19.

Once we learned which kinases SARS-CoV-2 uses to replicate and which proteins to change, we examined a database of around 250 kinase inhibitor drugs to see if any of them targeted the kinases used by the virus. To increase our chances, we are also looking for drugs that hit some of the proteins that kinases act on. And indeed, we found some.

There are 87 existing medications that change the kinase-controlled pathways used by the coronavirus. Most of these drugs are either already approved for human use or are currently in clinical trials to treat cancer, and could be quickly reused to treat patients with COVID-19.

Using these leads, our collaborators in New York and Paris tested the effect of 68 of those drugs on cells infected with SARS-CoV-2. Several of these were effective in killing the virus in the cells. Some of whom we are especially excited about (silmitasertib, gilteritinib, ralimetinib, apilimod, and dinaciclib) are approved for treatment, in clinical trials, or in preclinical development for various diseases.

Silmitasertib stops casein kinase 2, the kinase that causes cells to develop the virus that spreads filopodia tubes. As soon as the company that makes silmitasertib heard this news, they announced that they wanted to try the drug against COVID-19 at the clinic.

Drugs that hit the kinase pathways have been on researchers’ radar as powerful potential antivirals for years, but none have come to fruition. By analyzing this new area of ​​drug applications and using our new mapping approach, our team has added dozens of drugs to the growing list of potential tools to help combat this pandemic.

It is still too early to say whether any of these will work to treat COVID-19 in patients, but the more chances we have, the better.

[[[[Deep, daily knowledge. Sign up for The Conversation newsletter.]

This article is republished from The Conversation, a non-profit news site dedicated to sharing insights from academic experts.