CDC projects US death toll from coronavirus could top 180,000 on August 22 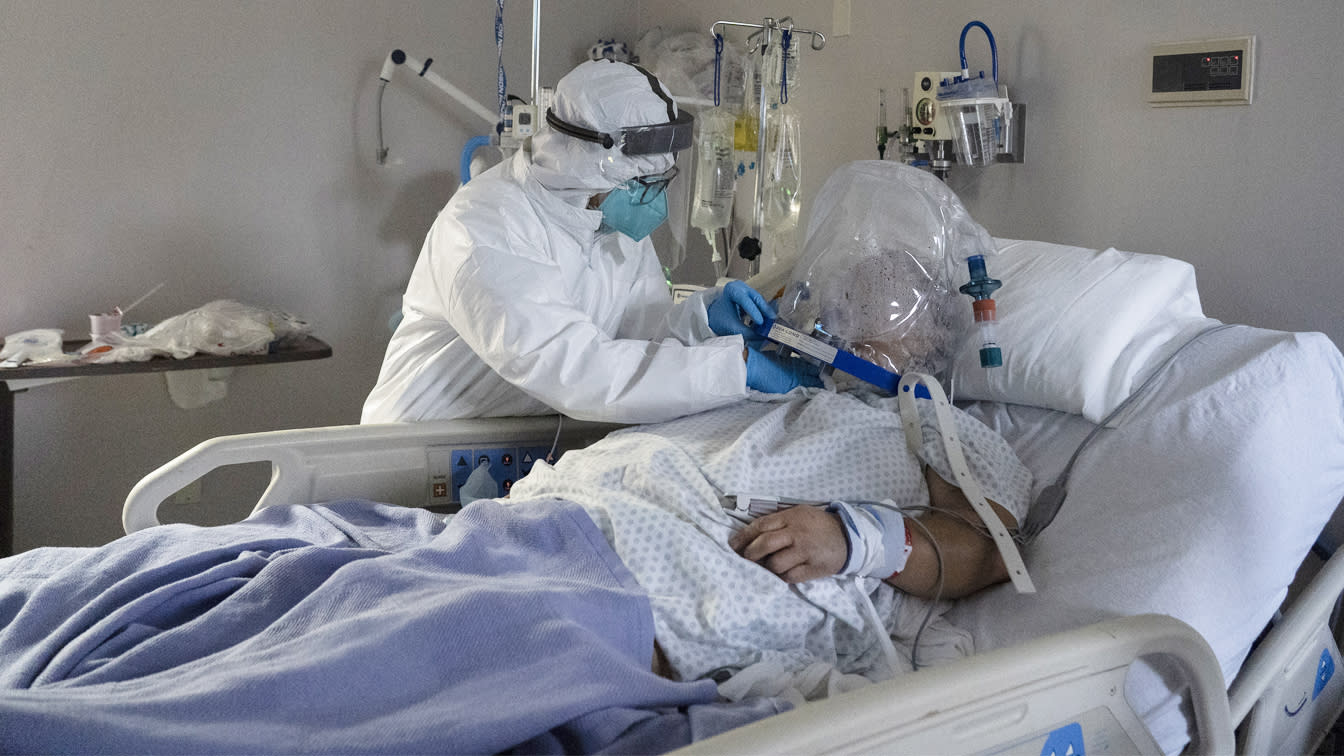 As coronavirus cases have continued to rise in the US all summer, the Centers for Disease Control and Prevention forecast that the total number of US deaths from COVID-19 could reach 182,000 in the fourth week of august, according to an internal government document obtained by Yahoo News.

More than 150,000 Americans have died from coronaviruses as of Thursday, according to the latest CDC numbers, which were included in a high-level leadership report from July 30.

The new projection, which has not yet been released, contradicts the more optimistic portrait that President Trump and other members of his administration have painted about the pandemic. While the president in recent days has acknowledged the worsening situation in the United States, which has more cases than any other country in the world, he has also continued to insist that the virus will simply “disappear.”

With more than 60,000 new cases per day, the virus has shown no signs of disappearing, and although the rate of increase is slowing, deaths are on the rise again. The CDC yesterday reported 1,417 new deaths from the coronavirus.

The CDC has produced weekly projections for deaths attributable to COVID-19 based on a “national set” of more than two dozen different models. Last week’s forecast forecasted between 160,000 and 175,000 deaths by August 15. This week it put that number between 168,000 and 182.00 for August 22, according to the document obtained by Yahoo News.

In addition to those cumulative numbers, the CDC projects between 5,000 and 11,000 new deaths in a single week ending August 22.

The projected increase in deaths comes as President Trump continues to tout the US record when it comes to COVID-19 death rates. “We have done much better than most other countries,” he said at a White House briefing last week.

While in fact the US performed better than other countries when it comes to coronavirus death rates, a measure of the number of people who died compared to the total diagnosed with COVID-19, it was it performed much worse when it comes to the overall death rate, which is based on deaths per capita.

The case fatality rate is not considered a good measure, because it depends on how many infections are detected by testing, and the US has tested more people than any other country. Meanwhile, the United States’ overall death rate from coronavirus is the 10th highest in the world.

Critics say the government’s response to the pandemic is full of conflicting messages. Even though cases in the United States remain high, the president has continued to refuse to take measures, such as a national mask mandate, which public health officials have said could help control the spread of the infection.

Earlier this week, President Trump retweeted a controversial video in which a group of doctors advocated against the masks, which according to scientific studies help delay the spread of the disease, and spoke in favor of the anti-malaria drug hydroxychloroquine, It has not been shown to be effective in treating or preventing COVID-19.

Today, President Trump continued to insist that testing is the reason cases are high in the U.S., even when Dr. Anthony Fauci, the nation’s leading infectious disease expert, testified this morning about the increase in cases in the US, compared to Europe, which has been able to control infection rates.

Fauci attributed the difference to the strictest closure in Europe. President Trump has continued to pressure states to reopen.