Cape Town without filters: these photographers are shedding new light on the city 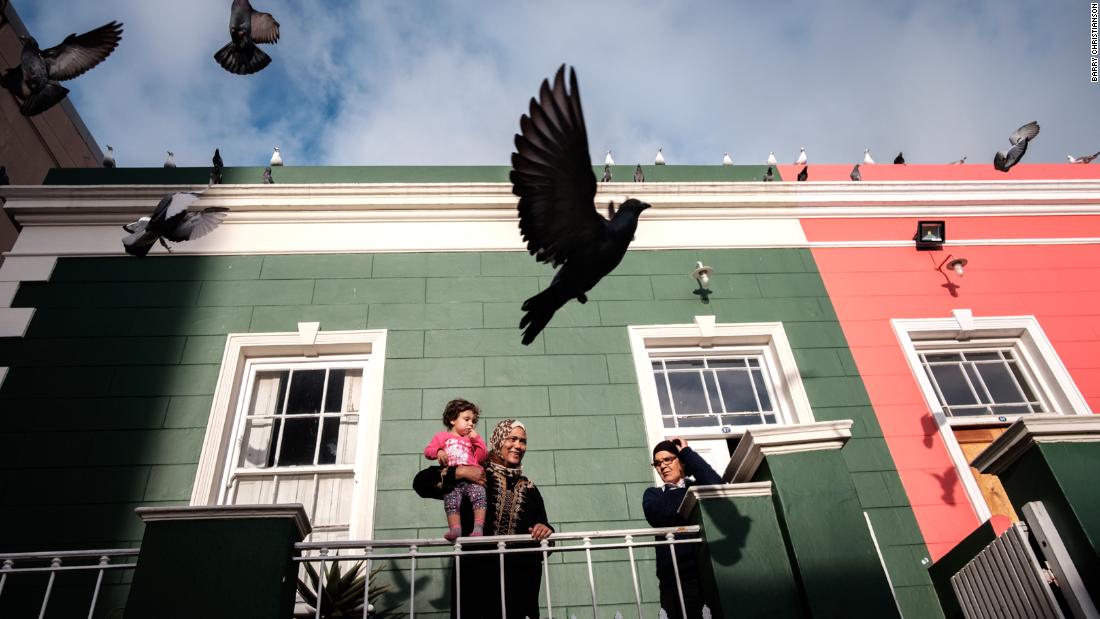 Cape Town, South Africa (CNN) – When you think of Cape Town, what do you imagine? Perhaps you can imagine the Table Mountain, the penguins in the sand or the impressive beaches that surround this city.

But beyond the perfect version of the city, there is a different and more complex reality, in the context of the most unequal country in the world.

Here we meet two of the photographers who are working to reveal a deeper, sandy and less publicized side of the city through their images.

Ismaiel Isaacs, 31, grew up in Manenberg, on the Cape Flats, a flat, sandy urban sprawl just outside Cape Town’s city center. In the early 1950s, under the apartheid government of South Africa, people of color were forcibly relocated there, earning a reputation as an “apartheid dump”.
Today, it is home to more than a million people, most of whom are of mixed heritage.

Even after 26 years of democracy, it remains a notorious part of Cape Town, socioeconomically marginalized from the city center and the surrounding suburbs.

As Isaacs tells CNN, living here is a struggle; Every day, people face gang violence, poverty and the risk of death due to the ongoing drug wars.

But it is also a place of great character, community and culture, and that’s where Isaacs is inspired.

“I try to convey a message of the beauty that is in the fight,” says Issacs. “[It’s] not only the struggles we go through that make us stronger, but the people who live here are beautiful. “

His photographs focus mainly on portraits of people from these communities. She describes her aesthetic as raw, unfiltered and emotional.

“My Cape Town story in my photography is the story not only of mountains and beaches, but there is also an unpolished side of Cape Town that has been forgotten,” he says. “And I feel like we need to acknowledge that, because a lot is happening here. And in fact, at Cape Flats, we need support.”

Isaacs also says that he elevates people by taking photos of them.

“I’m trying to take the negatives and put them positive, because as soon as I pick up my camera and ask someone, ‘Look, can I take your picture?’ What are they going to do? They will smile, “he says.

“At the time, I’m making them smile, and that’s satisfying enough for me.”

Barry Christianson, 38, grew up riding between two different worlds: During the week, he lived with his mother in the Cape Flats, while on weekends he spent them with his father in Cape Town’s middle-class suburbs.

“Cape Town is a fundamentally fractured city, as divided as it is beautiful,” says Christianson. “There are multiple cities next to each other, some for those who have and others for those who do not have.”

For as long as he can remember, social and geographic disparity has impacted the way he has seen the city he calls home. After spending 16 years as a computer programmer, he felt compelled to turn his photographic hobby into a full-time job.

“From colonialism through apartheid to democracy, people of color have been dispossessed of land, livelihoods and freedom of movement,” says Christianson.

“Having to navigate the two realities and everything that came with them made me very aware of the spaces I inhabited,” he explains. “Many of my photographs deal with themes related to space and how space is created, who is in space, who creates it and what happens to space when different people occupy it.”

He brought CNN on for a tour of places he’s captured that illustrate these themes, like Saunders’ Rocks, an old white-only beach. Today, Christianson believes it is one of the most racially integrated beaches in the city.

He took one of his favorite photos here: a Muslim woman wearing a burkini, something she says you may not see elsewhere in the city.

Much of her work also focuses on people who have faced more recent evictions, especially in gentrification areas in the city center.

“As developers buy and sell valuable downtown properties, black and mixed-race South Africans who managed to stay downtown during the apartheid era are being evicted and forced into low-quality housing in outskirts of town, “says Christianson

“[Cape Town is a] city ​​that keeps moving people, a very specific group of people who are never allowed to stay in one place permanently, “he added.

That legacy of forced expulsions remains a deeply sensitive and difficult issue in South Africa today, which has had the most profound effect on non-white communities.

He often combines essays with his images and is one of the few documentary makers committed to bringing these stories and the people behind them to light.

The story has been updated to correct the age and spelling of Ismaiel Isaacs.