California weigh-in name change for the city of Fort Bragg 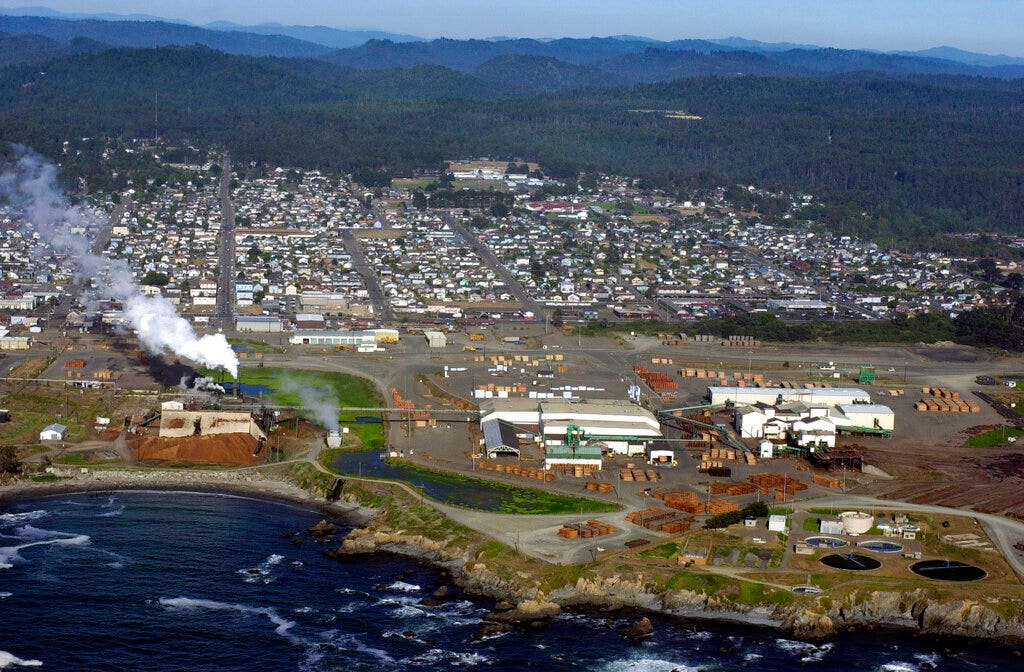 The Fort Bragg City Council is debating changing the name of the city, borrowed from a Confederate general who allegedly owned more than 100 slaves, as national protests against racial injustice and police brutality continue.

City Council members considered putting the issue on the ballot in November, but instead Mayor Will Lee chose to create a commission to study a possible name change.

THE STATUE OF THE ULYSSES GRANT WAS TAKEN IN SAN FRANCISCO

In this 2002 photo, an aerial view of the Georgia Pacific lumber mill is seen in the foreground at Fort Bragg, California (AP Photo / Marcio Jose Sanchez)

The coastal city of Northern California, located in Mendocino County, was named after Confederate General Braxton Bragg in 1857 before the Civil War. The military post was established to maintain control of the Mendocino Indian reservation.

Statues of Confederate soldiers and other public figures were demolished and protested as historical symbols of racism after George Floyd’s death in May. Floyd, an unarmed black man, died in police custody after a former Minneapolis police officer knelt on his neck for more than eight minutes.

Fort Bragg city staff said in a memo to City Hall that they could also choose to rededicate the city to different Braggs: the British William Henry Bragg and William Lawrence Bragg, a father-son team who won the Nobel Prize for Physics from 1915.

General Bragg’s name is also found at one of the largest military bases in the world in North Carolina, called Fort Bragg.

President Trump has called on Republicans to oppose the shifting military bases named in honor of Confederate leaders, but some party leaders, including Rep. Kevin McCarthy and Senator Mitch McConnell, have said they are open to the idea.