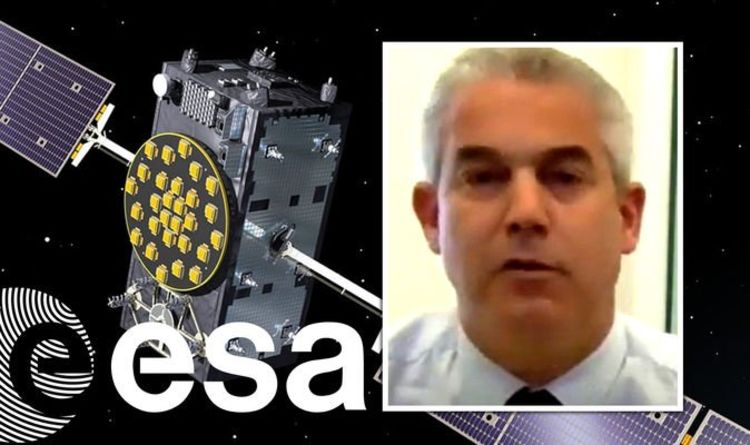 Stephen Barclay has claimed that the UK will do much more in the area of ​​space navigation and travel after leaving the European Union. The former Brexit Secretary was speaking to the independent think tank Onward about whether the government intends to increase its interest in the UK space industry after investing in satellite company OneWeb. This is said to be an attempt to rival the EU’s global satellite navigation system, Galileo, which came into operation in 2016.

“Then you also have the review built in terms of how that fits into our defense capabilities where space is part of that.”

“I think the direction of travel is certainly on the way.”

READ MORE: Tory peer dismantles EU demand and insists that the UK will prosper in exiting the WTO

He added: “We are investing £ 22 billion in our R&D, a massive increase and there is a very strong focus on that.”

“Clearly, there is a link between R&D and our commitment to space.

“I would hope to be doing more in the broader area.

“But obviously, the individual schemes should also be discussed in your notes.”

However, Jan Woerner, the head of the European Space Agency (ESA) described the British plans to develop a rival for Galileo as a “bad idea”.

He told Express.co.uk: “I don’t like Brexit, to be very direct.

“I don’t like it, because this is artificial, what we are doing.

“There may be some effects, for example, through the Galileo program, which is implemented through ESA, or the Copernicus program.

“We will do our best to reduce the full impact as much as we can from our point of view.”