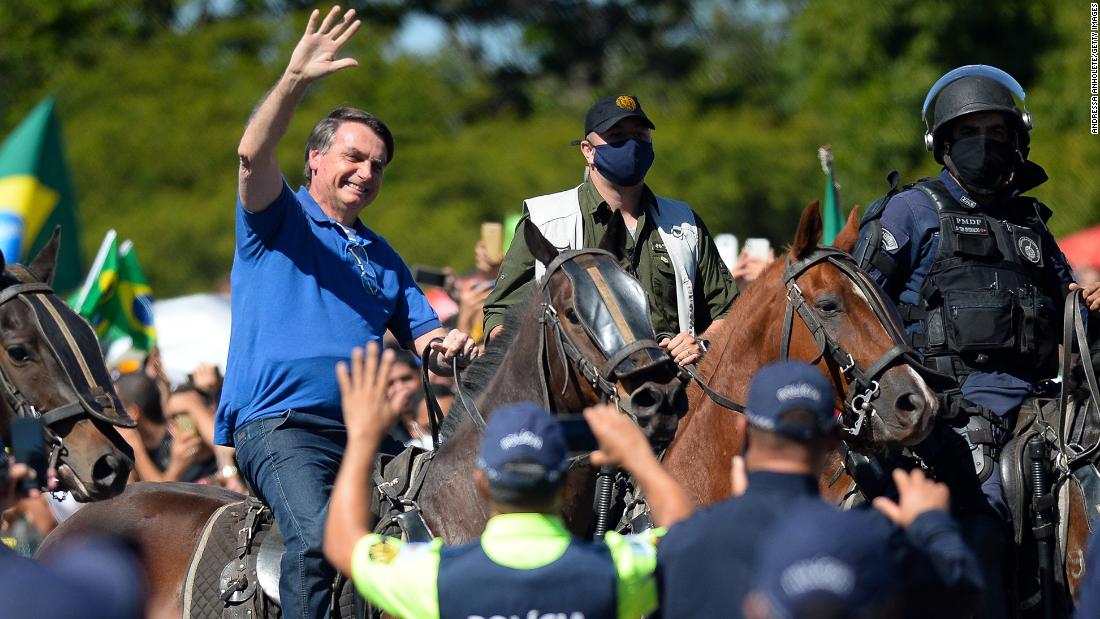 Federal Judge Renato Borelli issued a decision on Monday, saying Bolsonaro should wear a mask when driving in public in Brasilia. The judge’s order said that failure to do so could result in a fine of up to $ 386 per day.

The decision extends to all government employees in the Federal District, where the capital Brasilia is located.

Reached for comments Tuesday, Bolsonaro’s office referred CNN to the attorney general, who replied that his office was “studying all appropriate measures to reverse the mandate.”

The Federal District government issued a decree on April 30 making the use of face masks mandatory in public spaces, in an effort to curb the spread of the coronavirus.

But Bolsonaro has appeared in public at various events without wearing a mask, including at protests with supporters.

“With the example of the Brazilian president, everything is more difficult for us,” Sao Paulo Governor Joao Doria told CNN’s Isa Soares last month. “He takes to the streets without masks. Incorrect behavior and incorrect indication. This is very sad for Brazil and makes everything more difficult for the governors in the states of Brazil.”

So far, Brazilian health authorities have confirmed more than 1.1 million cases and more than 51,000 deaths, and the crisis shows no signs of easing.