Benny Tai: professor of layoffs at the University of Hong Kong who led the protests 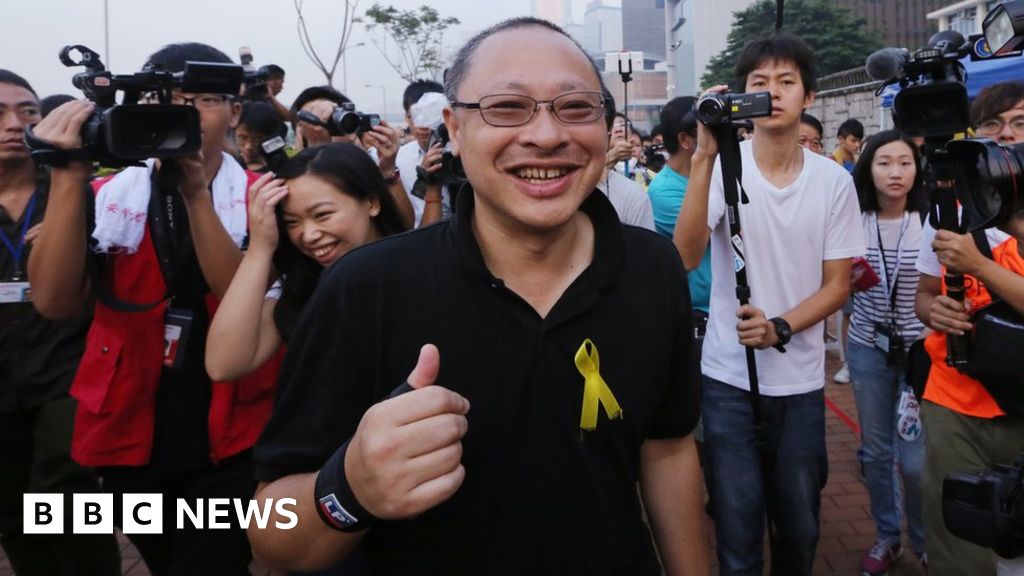 A major Hong Kong university fired its law professor, Benny Tai, due to a criminal conviction for his role in the 2014 pro-democracy protests.

Tai, 56, accused the University of Hong Kong (HKU) of bowing to pressure from Beijing and said the ruling was “the end of academic freedom.”

Tai was one of the founders of the “general protests” that paralyzed Hong Kong’s business districts for weeks.

Last year, a court sentenced him to 16 months in prison for his role.

He was released on bail in August, pending an appeal.

The 2014 protests, which were largely peaceful, lasted more than 70 days as people took to the streets to demand democracy.

The decision of the university’s governing council to remove Mr. Tai runs contrary to an earlier decision by his senate, which said that although Mr. Tai had committed misconduct, there was insufficient reason to fire him.

According to local media, 18 members of the university committee voted for his dismissal, with two against.

If you want to appeal the decision, you would have to go through the university chancellor, Hong Kong chief executive Carrie Lam, or a judicial review, reports the South China Morning Post.

Writing in a Facebook post, Tai said: “The academic staff of educational institutions in Hong Kong are no longer free to make controversial statements to the general public on politically or socially controversial issues.”

The decision to fire him “was not made by the University of Hong Kong but by an authority beyond the University through its agents,” he said, adding: “I am heartbroken to witness the disappearance of my beloved university.”

The university said in a statement that it had “resolved a personnel problem related to a faculty member” after “strict and impartial due process.”

Meanwhile, the Hong Kong-Beijing Liaison Office, which represents the Beijing government in Hong Kong, welcomed his removal and said: “The decision by the University of Hong Kong to fire Benny Tai is a measure that punishes the evil and praises the virtuous. “

Chinese state media accused him of colluding with foreign forces and described him as an “unconditional troublemaker.”

The law penalizes secession, subversion, and collusion with foreign forces, but critics say the terms are loosely defined and that the law effectively restricts Hong Kong’s freedoms.

It also comes amid reports from local media that elections to Hong Kong’s parliament, the Legislative Council, could be postponed for a year. Media HK01, Hong Kong Economic Times and TVB said the government had made the decision, which has not yet been formally announced, due to concerns about the coronavirus.

Tai has been accused by the Hong Kong-Beijing Liaison Office of trying to launch a revolution. He had helped organize opposition primary elections earlier this month, which drew hundreds of thousands of voters.