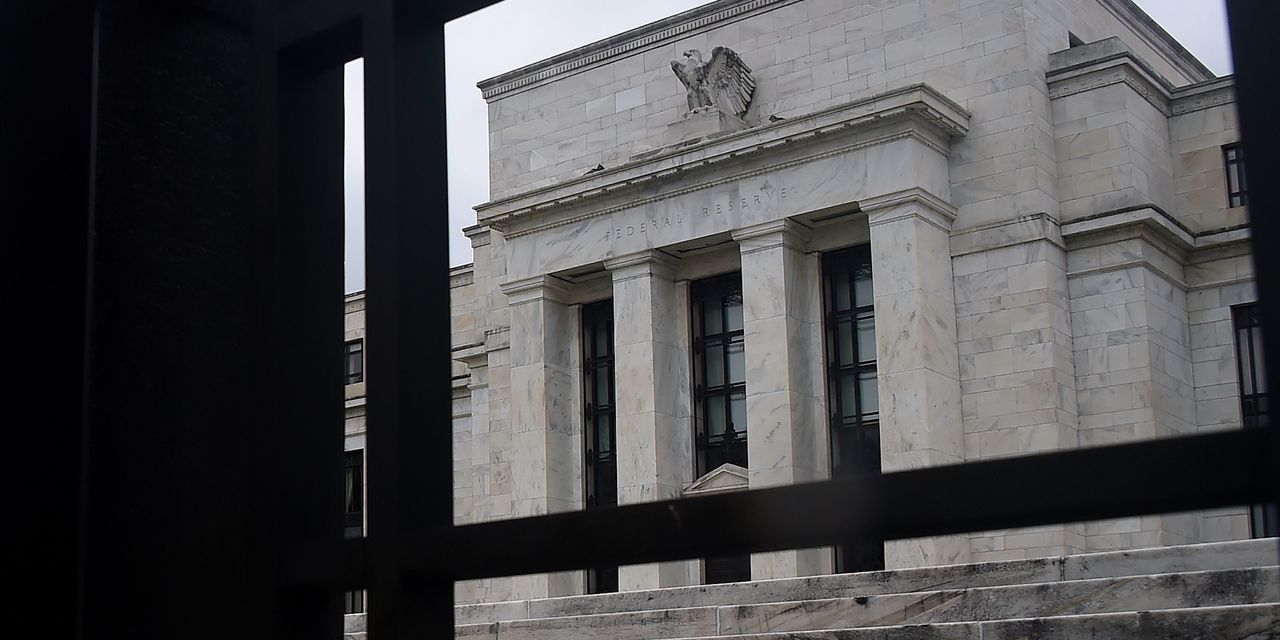 
The banks’ shares sank in the post-market, after the Federal Reserve took a tougher-than-expected stance on payments to bank shareholders in its latest round of stress tests.

While the Fed found that most banks would remain well capitalized if America’s economic growth picks up, many would see their capital reserves diminished by loan losses in possible worst-case scenarios caused by the coronavirus pandemic. To help preserve capital, Board of Governors officials decided in a 4-to-1 vote to suspend buybacks of banks’ shares until the third quarter and limit their dividend payments.

Banks will go through another round of capital planning later this year, due to the high levels of uncertainty surrounding the economic recovery. In the best case scenario, banks will be able to pay third quarter dividends at their current levels. Third quarter dividends will also be limited to the average net income for the past four quarters. The Fed has the option of extending dividend limits and a buyback suspension if it deems it convenient.

The Fed requires big banks to suspend share buybacks until the third quarter, following the promise of eight big banks earlier this year to halt buyback programs until this month. Authorities have instructed individual banks not to disclose anything about their buyback and dividend plans until after the close of business on Monday.

Wells Fargo (ticker: WFC) was one of the biggest declines in the aftermarket, falling 3.7% shortly after closing. Bank of America (BAC) fell 2.8%, JPMorgan Chase (JPM) decreased 1.9%, Goldman Sachs (GS) fell 2.6%, Citigroup (C) decreased 1.3% and Morgan Stanley (MS) lost 1.2%. Analysts had already highlighted the risk that Wells Fargo may need to cut its dividend, as the bank’s dividend yield is significantly higher than that of its peers.

The main scenario used in the Fed stress test, released in February, models the rise in unemployment in the United States to a peak of 10%. However, the unemployment rate peaked at about 15% in April, just about eight weeks after it became clear that Covid-19 was spreading across communities in the U.S.

Under the Fed-modeled coronavirus scenarios, unemployment increases from 16% to 20%. In those scenarios, banks could experience nine-quarter total credit loss rates of 8% to 10%. The comparable rate during the financial crisis a decade ago was 6.8%.

Disagreeing with the decision, Fed Governor Lael Brainard argued that the dividend and buyback restrictions were not strict enough. “Using retrospective earnings as the basis for payments in a prospective capital framework is problematic at a time when future earnings are likely to decrease and necessary reserves are likely to increase,” he wrote. “This action creates a significant risk that banks will need to raise capital or reduce credit at a difficult time.”

The dissent highlights the delicate balance that regulators must strike to maintain investor confidence in the financial system and ensure that banks do not pay the cash they may need later if the economy worsens. While the coronavirus stress tests did not include the impact of dividends and share buybacks, they also did not reflect government aid efforts.

To further complicate the problem, the fact that the Fed is in the process of adopting a new stress test methodology. In normal times, this regime will limit bank dividends from 0% to 60% of retained earnings in recent quarters if a bank’s capital stores do not meet the regulator’s requirements, depending on the extent of the failure. However, this year is a special case, as the coronavirus pandemic has cost tens of millions of jobs so far, and the long-term economic effects of those job losses are still unclear. The Fed then included a “sensitivity analysis” to measure the possible economic effects of the pandemic. That analysis was published for the banks as a whole, not individually.

The news creates additional uncertainty for investors, who have focused on the possible implications for banks’ capital return plans. Analysts largely expected buyback suspensions. The shape of the dividend limits may have been more surprising. Analysts and investors said many banks were unlikely to increase their dividends given the uncertainty, but if the Federal Reserve continues to use average earnings in the past four quarters as a benchmark, a few bad quarters could force banks to cut your payments.

Regulators have given the world’s big banks breaks in an effort to facilitate lending and trading in financial markets. For example, they have provided relief from capital requirements for banks whose balance sheets are flooded with cash until early next year.