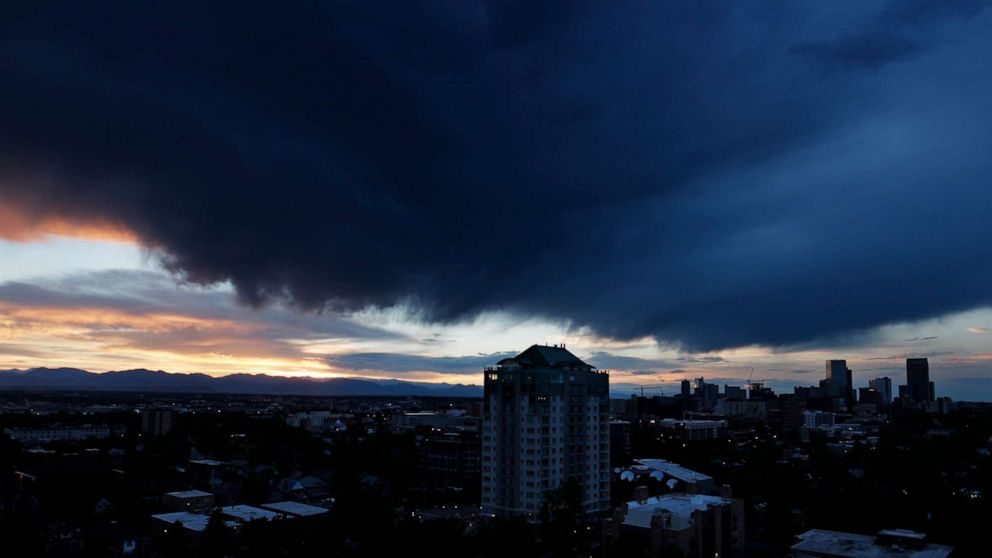 Another line of storms is moving through parts of the Heartland this morning.

The latest round of severe summer storms brought at least 100 reports of bad weather in various parts of the U.S.

The two main groups were in parts of the Northeast, where gusty winds and heavy rains moved through parts of Maryland, Delaware, and New Jersey.

A separate group of severe storms in the southeast brought gusty winds to Georgia and South Carolina and even a reported tornado in Alabama.

This morning, another line of storms is moving through parts of the Heartland, from eastern Missouri to southern Illinois and Indiana, and now in part of Kentucky.

Radar estimates of two to more than three inches of rain locally and, in some cases, severe summer storms overnight will bring additional rainfall to areas that were hit by heavy rains on Friday night and could produce some flash flooding.

Additionally, the storm line moving through parts of Kentucky this morning will bring possible flash floods to the state for much of today.

There are several areas of risk in the US for severe storms, including the northern high plains and parts of the upper midwest.

Meanwhile, a line of severe storms will run southeast through Kentucky and Tennessee and then into Virginia and the Carolinas.

In the Northeast, some severe storms are likely to develop in parts of New England later this afternoon.

High-resolution forecast models show widespread emerging severe storms, especially this afternoon in parts of New England and the Appalachians. Once again, major cities will be at risk from storms like Boston, Hartford and Charlotte.

Meanwhile, in the west, a continuous pattern of change is bringing a high and critical fire hazard to a fairly large part of the U.S.

Temperatures continue to cool in most areas, but the cold front is picking up winds, and along with the low relative humidity, there is concern about the fire’s growth and spread from California to Colorado once again today.

There has already been a new fire reported overnight south of Salt Lake City.

For most Americans, the only noticeable impact of Saharan dust will be a few scenic sunsets and sunrises as well as having some haze.

For meteorologists, the most notable impact of Saharan dust is the complete closure of the tropical season temporarily. For people who have sensitive respiratory problems, dust from the Sahara could also aggravate those existing health problems.

This initial round of Saharan dust is likely to continue to affect the upper levels of the atmosphere through today, and as dust beings leave the region in the coming days, it appears that another column of Saharan dust will arrive later. weekend and possibly bring more dangerous skies to the southern United States at the time.