Astrophysicists investigate the possibility of life below the surface of Mars 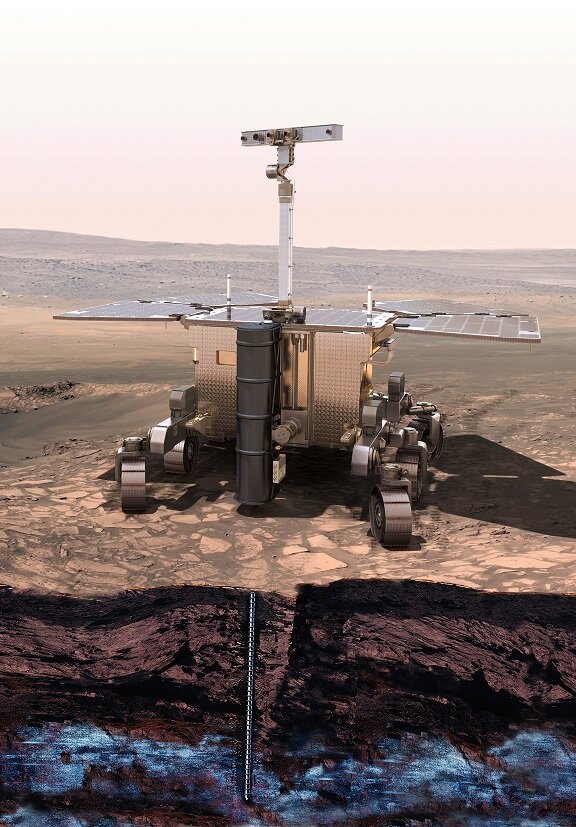 Although no life has been detected on the Martian surface, a new study by astrophysicist and research scientist Dimitra Atri of the New York University Space Science Center, Abu Dhabi, finds that conditions below the surface could support it. The subsoil, which is less hard and has traces of water, has never been explored. According to Atri, constant bombardment by penetrating galactic cosmic rays (GCR) could provide the energy necessary to catalyze organic activity there.

Atri investigated the biological potential of cosmic ray-induced galactic chemical imbalance, driven by radiation in the Martian subsurface environment; the results are published in the magazine Scientific reports.

There is increasing evidence to suggest the presence of a watery environment on ancient Mars, raising the question of the possibility of a life-supporting environment. Erosion of the Martian atmosphere caused drastic changes in its climate: surface water disappeared, reducing habitable spaces on the planet, with only a limited amount of water remaining near the surface in the form of brines and water ice deposits. Life, if it ever existed, would have had to adapt to harsh modern conditions, which include low temperatures and surface pressure, and high radiation.

Mars’ subsoil has traces of water in the form of water ice and brines, and it undergoes radiation-powered redox chemistry. Using a combination of numerical models, space mission data, and studies of deep cave ecosystems on Earth for his research, Atri proposes mechanisms through which life, if it ever existed on Mars, could survive and be detected with upcoming ExoMars mission (2022) by the European Space Agency and Roscosmos. He hypothesizes that galactic cosmic radiation, which can penetrate several meters below the surface, will induce chemical reactions that can be used for metabolic energy by existing life, and host organisms using mechanisms seen in chemical and radiation environments. similar on Earth.

“It is exciting to contemplate that life could survive in such a hostile environment, just two meters below the surface of Mars,” said Atri. “When the Rosalind Franklin rover aboard the ExoMars mission (ESA and Roscosmos), equipped with an underground drill, launches in 2022, it will be adequate to detect existing microbial life and hopefully provide some important insights.”

Scientists model the climate of Mars to understand habitability

Citation: Astrophysicists investigate the possibility of life below the surface of Mars (2020, July 28) retrieved on July 28, 2020 from https://phys.org/news/2020-07-astrophysicists-posibility-life-surface -mars.html