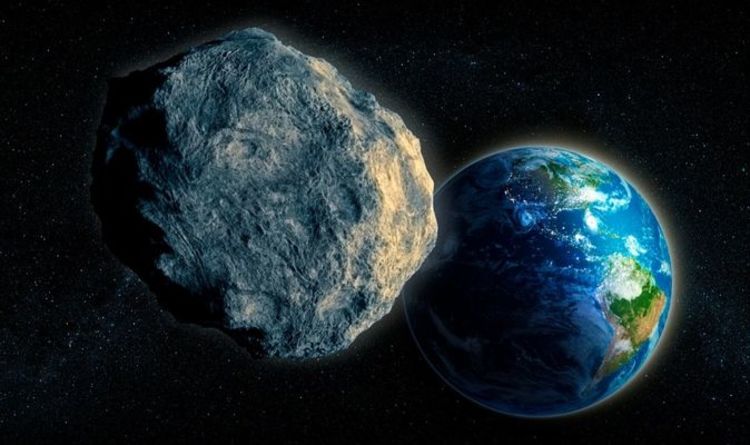 The asteroid known as 441987 (2010 NY65) will pass Earth today, June 24, and it is truly a giant. NASA has measured the asteroid somewhere between 140 meters and 310 meters, which means it would be more than three times bigger than the 96-meter-tall Big Ben on the upper scale. The space rock travels at a staggering 46,400 km / h and will pass a distance of 3.76 million km (2.3 million mi), close enough to be considered a NEO.

Being a NEO allows the space agency to study the history of our solar system.

NASA said on its Jet Propulsion Laboratory (JPL) website: “NEOs are comets and asteroids that have been pushed by the gravitational pull of nearby planets into orbits that allow them to enter Earth’s neighborhood.

“The scientific interest in comets and asteroids is largely due to their condition as relatively unchanged remnants of the process of formation of the solar system some 4.6 billion years ago.

“The giant outer planets (Jupiter, Saturn, Uranus, and Neptune) were formed from an agglomeration of billions of comets, and the remnants of this formation process are the comets we see today.

“Similarly, today’s asteroids are the remaining fragments of the initial crush of the inner planets that include Mercury, Venus, Earth, and Mars.”

NASA also classified it as a PHA, stating: The space agency said: “Potentially Hazardous Asteroids (PHAs) are currently defined based on parameters that measure the asteroid’s potential to make threatening approaches to Earth.

“Specifically, all asteroids with a minimum orbit intersection distance (MOID) of 0.05 au or less are considered PHAs.”

However, this asteroid does not pose a threat to Earth.

While the chances of a large asteroid hitting Earth are slim, NASA believes there is a one in 300,000 chance each year of a space rock that can cause regional damage hitting, the devastating prospect is not impossible.

However, there are some plans in place that could help Earth against possible asteroid attacks.

NASA is currently studying the asteroid Bennu, where its OSIRIS-Rex spacecraft arrived in 2018.

Part of the reason NASA is sending the OSIRIS-Rex spacecraft there is to gather more information about the space rock that is 1,640 feet (500 m) long.

NASA fears that the asteroid, which has the potential to destroy a country on Earth, may hit our planet in the next 120 years, with the next close flyby in 2135.

The mission will provide vital information on how to divert asteroids from their collision course with Earth, but NASA reiterates that while there is a small chance that Earth could be affected, “for millions of years, of all planets, it is more Bennu is likely to hit. ” Venus”.