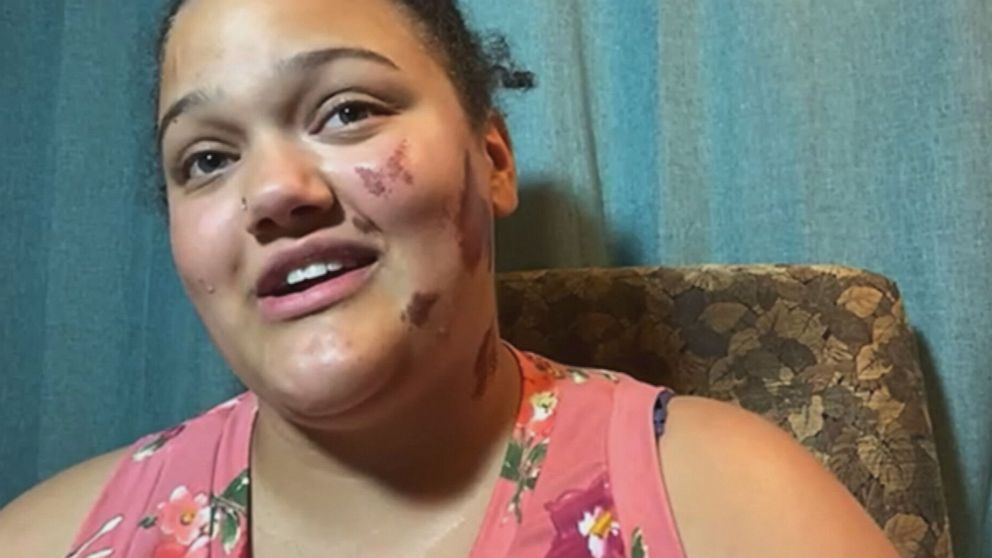 Hospital staff said they burned her with lighter fluid.

An assault on an 18-year-old biracial woman in Wisconsin is being investigated as a hate crime after she was set on fire in her car, according to the Madison Police Department.

The victim, Althea Bernstein, told authorities that she was detained on Wednesday at a red light with the driver’s side window down when she heard someone yell a racial slur. It was at that time that four white men allegedly sprayed a liquid on her face and neck and then threw a burning lighter at her, causing the liquid to ignite, according to the incident report.

Frightened, Bernstein started driving and put out the flames, according to the report. He drove home, where his mother told him to go to the hospital.

At the hospital, she was treated for burns and will have to make follow-up visits to receive additional medical care, authorities said. Hospital staff, according to police, believe the liquid was a lighter fluid.

Bernstein told “Good Morning America” ​​on Friday that he “never thought anything like this would happen.”

Bernstein said he was on his way to his brother’s home when the incident occurred.

She said she went through a “textbook shock” and was unable to sleep well.

“Once it happened, I don’t even remember anything, but your brain still has that fight-or-flight response that takes care of you. So I got home, called my mother, went to the emergency room,” Bernstein said.

She said she wishes she could remember more than what happened, but she hopes the Madison police will fix it.

“I am very hopeful that these men will see all the answers and know that they hurt me,” Bernstein said. “This is something that is going to affect me for a while and I really hope they choose to improve themselves.”

Police are treating this as a hate crime and are reviewing surveillance footage to see if the alleged assault was caught on camera. Anyone with information about this crime is requested to contact Madison Area Crime Stoppers at (608) 266-6014 or via computer at P3Tips.com.

Madison Mayor Satya Rhodes-Conway released a statement saying, “This is a horrible and absolutely unacceptable crime that I will not tolerate in Madison.”

“While we are still learning more about the details, current information suggests that this may have been a premeditated crime directed at people of color, making the incident even more disturbing,” Rhodes-Conway said Thursday.

“This hate crime is one of multiple recent incidents at the center where people’s safety and lives have been at risk,” Rhodes-Conway said in a statement. “It is completely unacceptable and must be prosecuted to the fullest extent of the law. Everyone in Madison deserves to feel safe, and each of us must make it happen.”