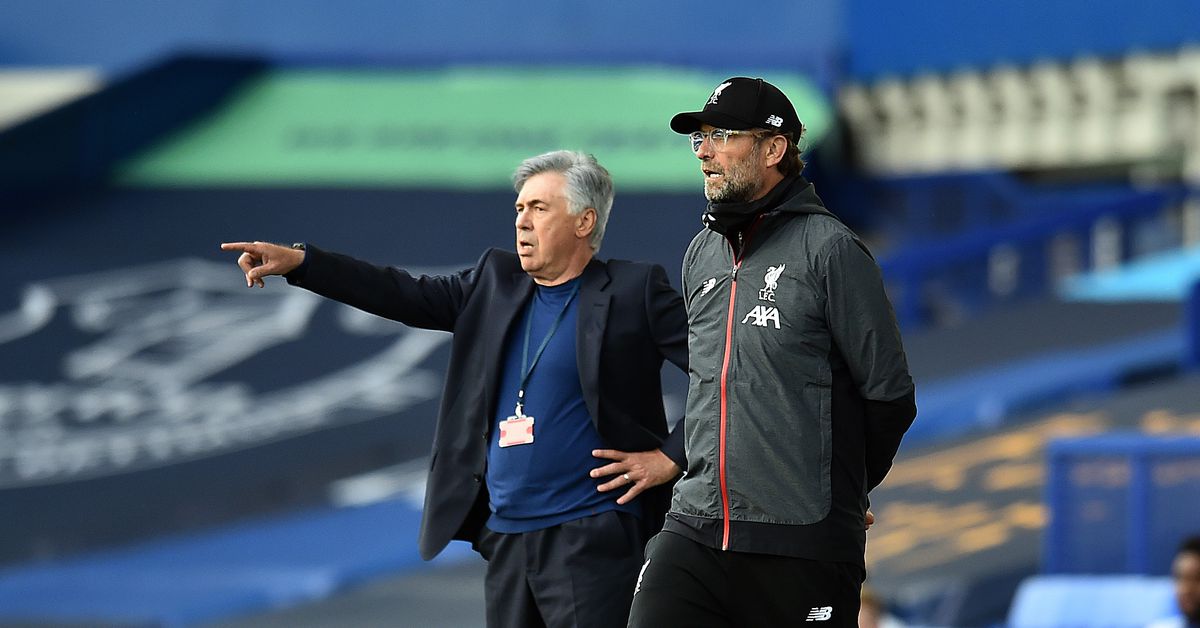 Everything is fine in Merseyside as Liverpool are back on their perch after winning the Premier League. That includes what Everton manager Carlo Ancelotti thinks about all of this.

“I have a great relationship with [Jurgen] Klopp. Ancelotti said in an interview with Sky. “We already met last week when everything was practically decided, I already congratulated him even before the events of this week.

“But really, Klopp is the architect behind the success of this team, not only in the Premier League, but also for what he managed to do during these five years since his arrival.

“With a lot of patience, he was able to build a perfect machine.”

Carlo loves us. He always had. When asked about waking up to Liverpool winning the Premier League while he is the Everton coach, this is what he said:

“It’s more like how he [Klopp] sleep! There were a few hits last night after the Manchester City game.

“Later it became much calmer as I live on the outskirts, but Liverpool was expecting this victory for a long time anyway, so it is normal that they celebrated in the same way, even with all the restrictions that are still in force.”

“My neighbor is [Georginio] Wijnaldum! But they ended up celebrating elsewhere. “