After more criticism, Florio says the 49ers’ Kyle Shanahan has a “very good chance” of being the next Bill Belichick 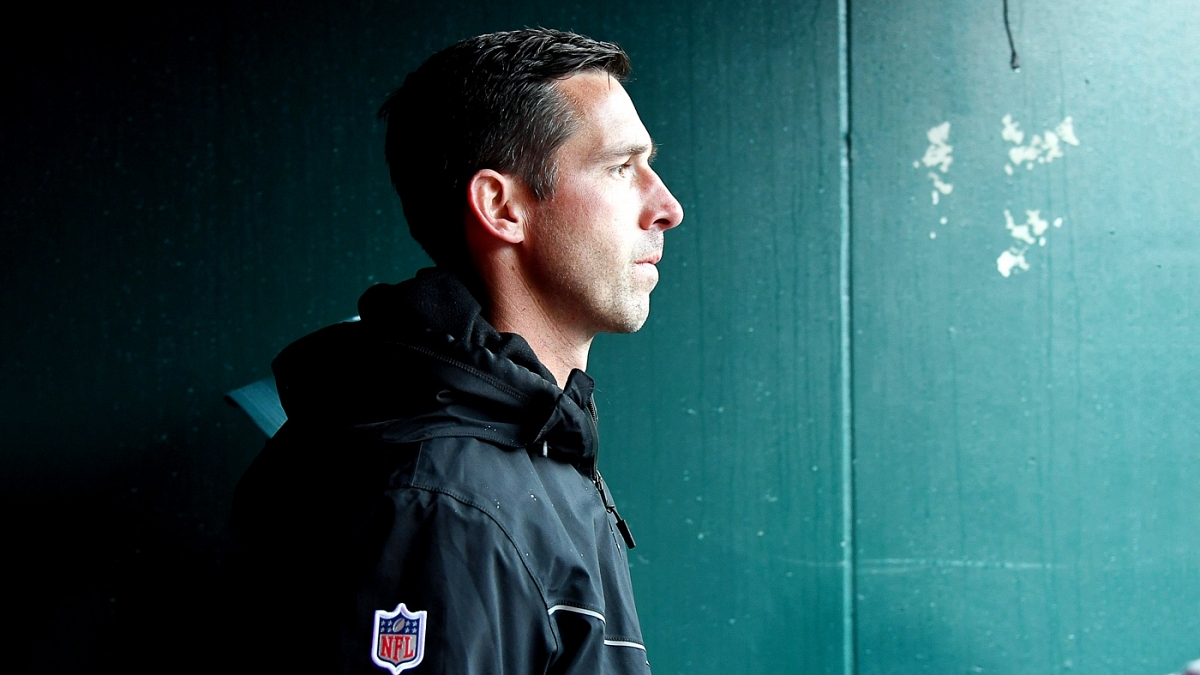 Pro Football Talk’s Mike Florio is highly committed to his stance on the parting words of San Francisco 49ers head coach Kyle Shanahan from an interview for last week’s State of the Francisco event.

It is the last part that bothered Florio and was the focus of two video discussions, one with Chris Simms and the other with Dan “Big Cat” Katz. In both, Florio criticized Shanahan for apparently looking bad next season and focusing on finishing work in the Super Bowl instead of the rigors of playing an NFL season to get there.

Florio released his opinion again, this time in a column for Pro Football Talk. Once again, he shares some of the same criticism he voiced during his previous two attempts. The NFL writer is really focused on that small portion of Shanahan’s interview, an interview that lasted approximately nine minutes and can be viewed in its entirety here or read here.

That’s where Florio’s argument apparently falls apart. He is insisting that Shanahan is not talking about the work it takes to get through the season, make the playoffs, and the effort it takes to once again reach the top of the mountain.

Except that he did.

This is what Shanahan said earlier in the interview.

“I know we have to go through a season, and it will be much more difficult to do so,” Shanahan said. “Much more difficult. And we can play much better and still not do what we did last time. That is why all of our boys have to take on this challenge, and we have to take advantage of this offseason. We have yet to find a way to get ahead of other people because everyone is chasing us right now, and it hasn’t been. “

Shanahan also stated that the loss of the Super Bowl was very difficult to handle because the team’s goal throughout the season was to demonstrate that it could compete in all games, and it did. And then coming up to one or three plays before winning a championship was very daunting.

Other players, like linebacker Fred Warner, also said during the State of the Franchise event that the goal is to win a championship.

“But we all understand that it takes a lot of time and effort to get to that point,” Warner added. “So, let’s take it one day at a time and make sure we’re working hard to get back.”

For whatever reason, Florio ignores those parts of the conversations and focuses on only one aspect of the discussions. He seems to feel that Shanahan and his players shouldn’t even mention the Super Bowl at this point, even though they are clearly motivated by that February loss.

However, that does not mean that Florio disrespects Shanahan. He apparently holds the 49ers coach in high regard, which is why he says he’s so surprised by the comments. The Pro Football Talk writer even compares Shanahan to another great NFL head coach: Bill Belichick.

“By all indications (and with apologies to all the other young coaches), Shanahan has a very good chance of being the next Belichick,” Florio writes as he closes his latest article on the subject of Shanahan. “And if the Patriots had lost a 10-point lead by the end of Super Bowl LIV, Belichick would not be talking, thinking, or letting anyone in the organization speak or plan to return to that point.”

It’s the Super Bowl or failure for the San Francisco 49ers, as it probably should be. That’s what the team’s head coach, Kyle Shanahan, thinks. That is what his players think. Shanahan recently spoke to team radio voice Greg Papa for the 49ers’ State of the Franchise event and shared exactly what his expectations are for next season. “I know we were good enough to win that Super Bowl, and we didn’t,” Shanahan said. “And that’s something we have to live with. And that’s why the state of the franchise, right now, is that we have to go back to that moment (in the Super Bowl). We have to get it right back to the room. quarter, and have an advantage, and we have to finish the job. ” Those comments upset Mike Florio of Pro Football.

The San Francisco 49ers have a not-so-simple goal for the 2020 season: to return to the Super Bowl and emerge as champions. I label it “not so simple” because doing it will be a very difficult task, and head coach Kyle Shanahan knows it. But it is the Super Bowl or the fall of the 49ers, as was the case in the heyday of the team. Shanahan made a rather innocent comment this week during the conversation with Greg Papa after he was asked to describe the status of the franchise. “I know we were good enough to win that Super Bowl, and we didn’t,” Shanahan replied. “And that’s something we have to live with. And that’s why the franchise status, correct

NFL informant Ian Rapoport broke the news Thursday that San Francisco 49ers wide receiver Deebo Samuel suffered a fractured Jones left foot this week during a player-organized practice at Brentwood Academy, a outside of Nashville, Tennessee. Rapoport went on to give an estimate of 12 to 16 weeks for Samuel’s return. Samuel, who underwent surgery today, doesn’t think his return will take that long. He posted on Twitter and Instagram that he hopes to return in 10 weeks. “It is an injury receivers have,” Rapoport said Thursday in an interview.