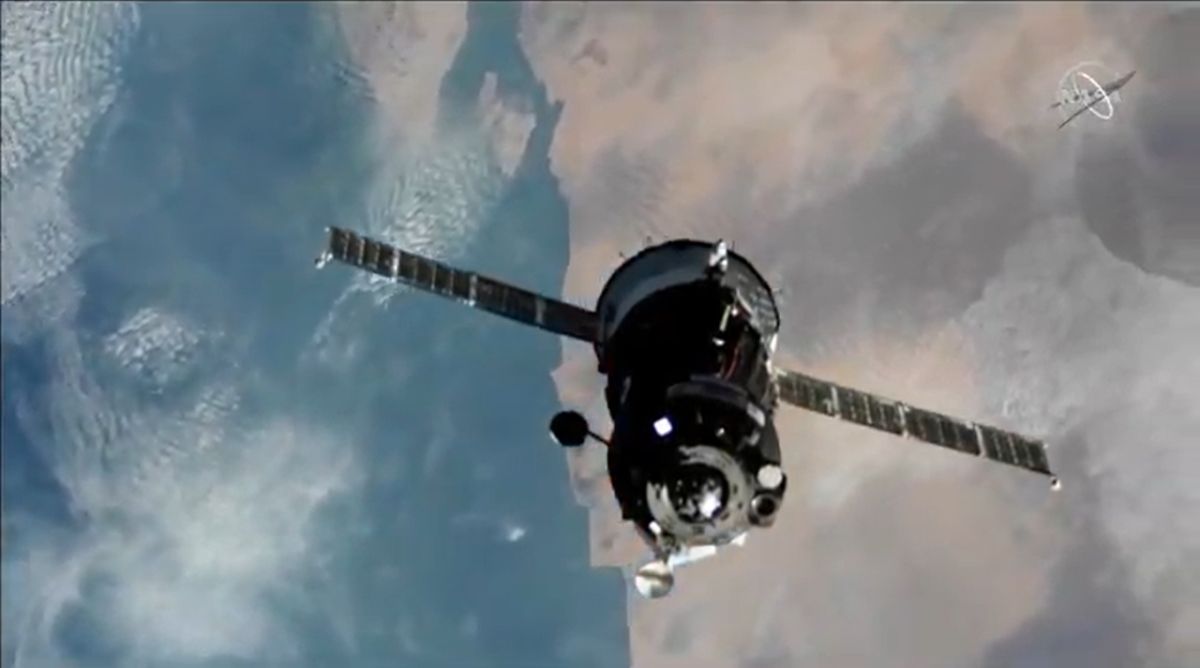 A record-breaking fast-paced flight to the orbit lab led to the arrival of three new crews on the International Space Station today (November 14).

Russian Soyuz MS-17 spacecraft, NASA astronauts Kate Rubins and Russian cosmonauts Sergei Ryazikov and Sergei Kud-Sverkov docked with the space station at 4:48 a.m., 3 hours and 3 minutes after taking off from Baikonur. Cosmodrome in Kazakhstan on a Soyuz rocket.

Coincidentally, the rocket unveiled on Robbins’ birthday (she turned 42), receiving congratulations from Russian flight controllers on the mission control of the Roscosmos agency. “I would like to join and wish you a happy birthday. It’s a beautiful day and you celebrated it in a wonderful way,” an official said after entering the crew station.

“Thank you,” Rubins replied. “It’s been my best birthday ever.”

It usually takes about six hours for a Soyuz spacecraft to chase the International Space Station and Soyuz should complete about four orbits around the Earth. But the Soyuz MS-17 made it into only two orbits, making it the first crew to attempt the “fast-track” Rendezvos method.

Russia has previously tested a two-orbital Rendezvis method with its Progress Cargo Rizpley spacecraft, similar to the Soyuz spacecraft used to transport crews. So far, five progress missions have used the new, bi-orbital renderJaves method to reach the space station. Progress 70, the fastest progress flight ever, arrived at the space station in July 2018, 3 hours and 48 minutes after the liftoff.

Both the Soyuz and Progress missions traditionally took about two days to reach the International Space Station. In 2013, the Soyuz spacecraft launched three mission 35 cruisers into orbit, becoming the first to test a new six-hour randomized. With today’s flight, the Expedition 64 crew halved that travel time.

Rubins, Ryzykov and Kud-Sverkov will spend about six months working on the orbital lab as members of Expedition the 64. They will be joined by NASA astronauts Chris Cassidy and Roscosmos Cosmon joins Anatoly Ivanishin and Evan Wagner, who arrived at the space station in April. The total population of the station up to six crucibles.