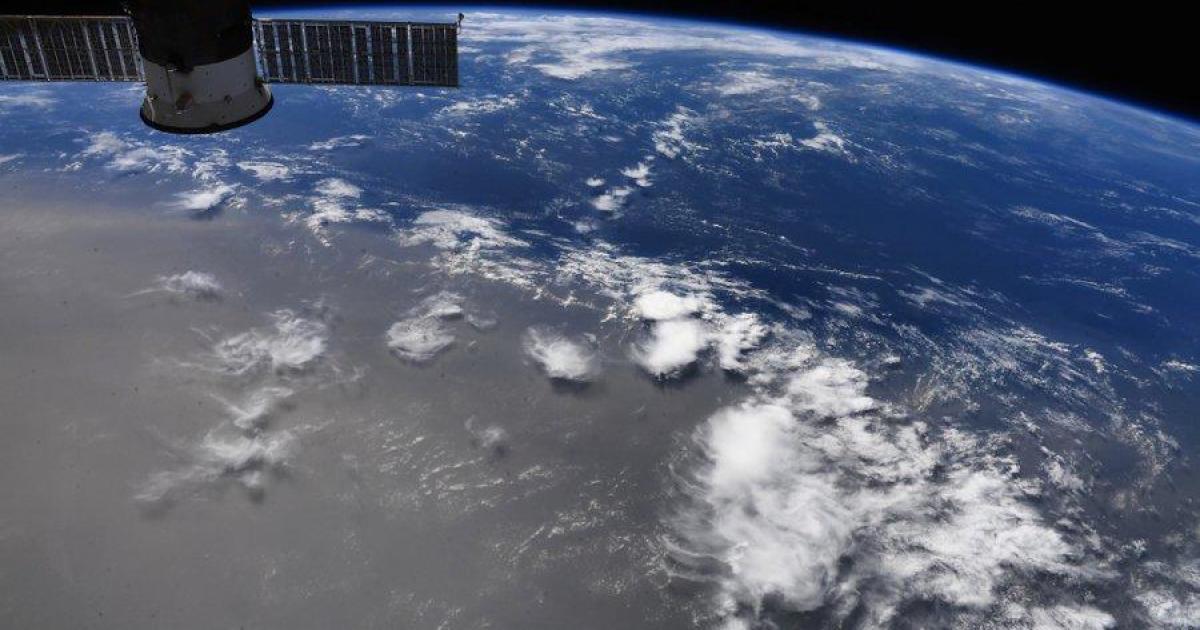 A huge column of dust from the Sahara desert in North Africa has been traversing the atmosphere, thousands of feet above the tropical Atlantic Ocean, and is now covering the Caribbean and approaching the southeastern United States.

While summer dust plumes are a common occurrence, this appears to be one of the most extreme in recent memory. It is so big that it has received the nickname Gorilla Dust Cloud.

“This is the most significant event in the last 50 years. Conditions are dangerous on many Caribbean islands,” Pablo Méndez Lázaro of the University of Puerto Rico School of Public Health told the Associated Press.

The latest NASA model projecting the dust path directs it to the southern Gulf of Mexico on Wednesday. The next round will arrive in Texas Thursday through Saturday and then hook eastward over the southeastern area and the Tennessee Valley.

In satellite imagery from space, the dust generally appears somewhat subtle and faint, but this plume can be seen as clearly as day. The photo below was taken on Sunday from the International Space Station. “We flew over this Saharan dust plume today in the Midwest Atlantic. The area it covers is amazing!” astronaut Doug Hurley tweeted.

These columns of Saharan dust, called by meteorologists as the Saharan air layer (SAL), are hit by strong wind storms that cross the Sahara desert. Dust enters the Atlantic Ocean near the Cape Verde islands, within the Intertropical Convergence Zone, where tropical systems often begin.

NOAA’s GOES satellite captured this series of animated images on Friday when dust entered the deep tropical Atlantic from Africa.

Dust hits a ride along the trade winds, a belt of winds moving from east to west near the equator that are firmly established during the summer. The dust layer can extend from a few thousand feet above the surface to 20,000 feet in height.

While dust masses often remain generally intact for most of the transatlantic voyage, they generally become diffuse and dilute when they reach the Caribbean. So far, however, this particular layer of dust is defying the odds.

Here are a series of before and after photos taken on Sunday in Caribbean islands like Antigua, St. Barts, Puerto Rico, and Trindad and Tobago:

When the dust is thick, very misty yellow-brown skies form. But when the dust is weak enough, the refraction and reflection of light can contribute to stunning sunrises and sunsets, which may help explain at least partially the Sunday sunset in Miami.

NASA satellites measure the intensity of dust clouds with a metric called Aerosol Optical Thickness (AOT). This metric indicates the degree to which aerosols prevent light transmission through the atmosphere: 0.01 indicates crystalline skies, 0.4 corresponds to very hazy conditions, and a 4 means that the contamination is so dense that the sun cannot be seen in middle of the day.

On Tuesday, the AOT measured around 1.5, very dense, in the thickest dust mass near the islands of Hispaniola and Jamaica, restricting visibility to less than a mile in some parts of the Caribbean and generating very high air quality. Unhealthy as measured by the world Air Quality Index Project.

Research shows that airborne dust can have adverse health effects, with lung disease being one of the most important. Inhalation of dust particles in the airways can initiate an inflammatory immune response. The powder is very unhealthy for people with pre-existing conditions like COPD, asthma, and allergies, but the powder as thick as the plume headed for the US. USA It can even be harmful to healthy people if the exposure lasts too long.

Another complication raised by this impending dust cloud is its coincidence with COVID-19. A recent study from Harvard University found that increased contamination, specifically particulate matter, such as dust, can lead to higher hospital admissions and COVID-19 death rates. Health officials recommend wearing a mask to protect yourself from inhaling the dust.

COVID-19 cases have been increasing Florida and Texas, who are on the way to the plume. As the dust spreads across the southeast and then into Texas, the air quality index numbers are expected to be in the unhealthy range.

Dust is best known for being a hurricane killer. Anyone who has lived at Hurricane Alley can tell you that these dry, dusty layers subdue the moisture necessary to power the hurricane engine. Usually, when there are thick layers of dust around, tropical activity remains calm, and that’s what is expected for the next week.

Surprisingly, much of the soil and nutrients in the soil, in places like southern Florida and the Caribbean, are made up of African dust that has settled for millions of years. In South Florida, in the summer, almost half of the particles in the air originate from Africa. Studies show that nutrients from African dust in subtropical and tropical soils can be critical to maintaining vegetation.

For the oceans it can be both a blessing and a curse. Scientists theorize that nutrients transported from the Sahara desert have helped build and nurture coral reefs in the Caribbean, Bahamas and Florida for millions of years. Without those minerals, they say, the area around the Bahamas is too nutrient-poor to support the vibrant reefs that exist.

On the other hand, during years of severe dust storms, the coral seems to suffer or even die. One theory is that pollutants mixed with dust from agricultural practices in the Sahel region of Africa may be contributing. Also, too many minerals in the powder can cause hyperfertilization, contributing to the proliferation of algae that are harmful to corals.

Furthermore, dust may also be contributing to the warming of our atmosphere. In a study published this April, researchers found that scientific climate models currently underestimate the amount of coarse dust in our atmosphere four times. This is because models deposit dust from the atmosphere too quickly. Dust, they say, appears to have a net heating influence on our atmosphere.

But in the immediate future, the biggest concern is how pervasive the dust layer will be in the tropical Atlantic this summer. With all the signs pointing to a very active hurricane seasonA more persistent layer of dust could help defend against tropical activity. However, once the dust begins to settle, it looks like there won’t be much of an obstacle in the way of a busy hurricane season.