A failed restoration of a painting in Spain generates outrage 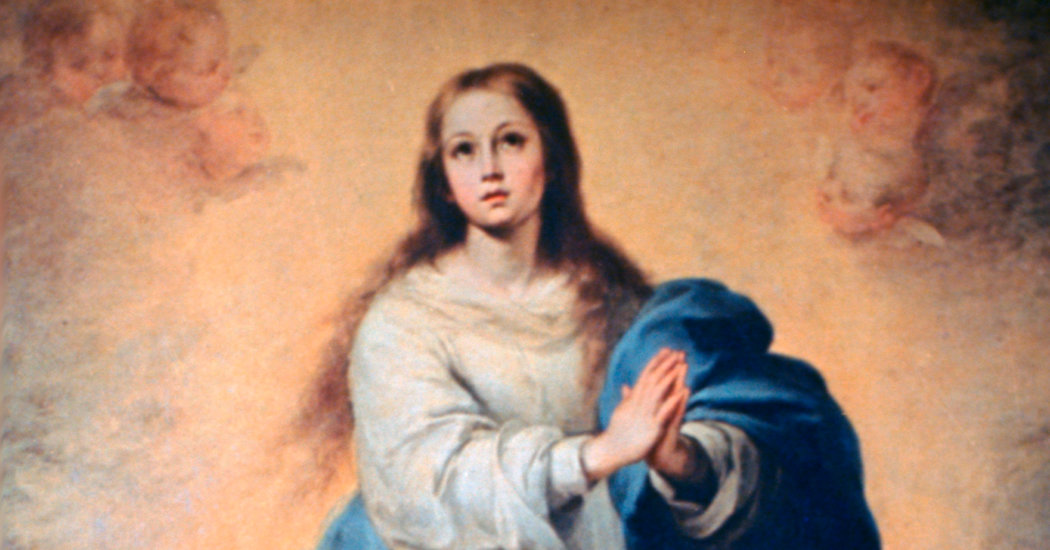 Art restoration experts in Spain on Tuesday called for stricter regulation of their work and condemned reports of a failed restoration of a copy of a painting of the Virgin Mary from the Baroque period.

A private art collector in Valencia, Spain, paid for a furniture restorer the painted copy of “The Immaculate Conception of El Escorial” by Spanish artist Bartolomé Esteban Murillo, according to the Spanish news outlet Europa Press.

The news agency said the collector was surprised to see that the face in the painting “was completely disfigured.” The collector, he said, has asked another specialist to fix the painting.

In a statement Tuesday, the Association of Conservators and Restorers in Spain, known as ACRE, said it had no information about the restorer or collector who bought the painted copy of “La Inmaculada Concepción de El Escorial”. The association said it did not know when the copy was painted.

“If the facts are confirmed, we would have to regret the loss, once again, of a part of the culture and, in these circumstances, request that this situation does not become a source of social and media fun as has happened before” said the association. said. “Furthermore, we would be alarmed by the fact that part of our heritage is disappearing due to these disastrous actions.”

The association said that restaurateurs and conservators receive official training in Spain and that “the quality of conservation-restoration work by Spanish professionals is highly considered at the institutional and work level in Europe.”

However, the association said, “there is no regulation on who is qualified” to carry out painting restoration work in Spain. “And this lack of regulation,” he said, “translates into an absence of protection of our heritage.” Those responsible for the failed restorations face “simple administrative penalties” in most cases, he said.

Born on New Year’s Eve in 1617, Murillo was a prominent Spanish painter in Seville, Spain, known for his religious images. He also “saw the self-portrait as a means of boasting about his technical acuity,” according to a New York Times review of a 2017 exhibition of his self-portraits in the Frick Collection.

The original “The Immaculate Conception of El Escorial” is in the Prado Museum in Madrid. The museum did not respond to a query Tuesday.

There have been other recent examples of failed restorations of works of art in Spain. Among the best-known cases is a centennial fresco “ecce homo” of Jesus crowned with thorns that was altered in a Roman Catholic church in Borja, Spain in 2012. Cecilia Giménez, a widow in her 80s, said in Spanish national television at the time when she had tried to restore the fresco because it was her favorite representation of Jesus.

In 2018, a restoration of a 16th-century wooden figure of Saint George in the Church of San Miguel in Estella, in northern Spain, left more a caricature than a work of art. Also in 2018, a merchant drew headlines after painting 15th-century statues of Saint Anne, the Virgin Mary, and Jesus in bright colors.

Holly Witchey, director of education and outreach at ICA-Art Conservation, a non-profit conservation laboratory in Cleveland, said Tuesday that she had heard of these cases in Spain, including the most recent one involving the copy of “The Immaculate Conception from El Escorial.

“When these things start going through the wires, it’s always very distressing for conservatives,” he said. “It’s sad. You like to see things well done, and this was not done well.”