5 states will receive the first batch of drug COVID-19 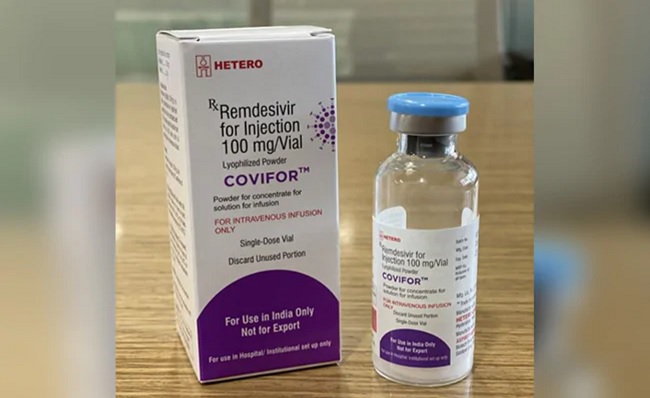 Hyderabad-based drug maker Hetero, which is approved to manufacture and market the generic version of the experimental drug COVID-19 Remdesivir, has shipped 20,000 vials to five states, including Maharashtra and Delhi, the two most affected states in the country.

Gujarat and Tamil Nadu are the other two states that will receive the first batch of the drug that is marketed under the COVIFOR brand in India. Telangana’s capital Hyderabad, where the pharmacist is located, will also receive the first shipment.

Hetero said a 100-milligram vial of the drug will cost Rs 5,400. The recommended dose for adults and pediatric patients is 200 mg on day 1, followed by a once-daily maintenance dose of 100 mg for five days.

The next batch of the drug will be shipped to Kolkata, Indore, Bhopal, Lucknow, Patna, Bhubaneshwar, Ranchi, Vijayawada, Kochi, Trivandrum, and Goa.

The company has set itself the goal of producing one lakh vials of the drug in three to four weeks.

The drug will be available only through hospitals and the government, and not through retail, said Dr. Hetero Group of Companies, Vamsi Krishna Bandi.

“The drug will not be administered to people with liver disease, kidney failure, pregnant or lactating women, and children under the age of 12,” Bandi told NDTV.

Drug maker Cipla has also signed a license agreement with United States-based Gilead Sciences Inc, the original manufacturer of Remdesivir, to manufacture and sell the drug. Cipla has said that its antiviral drug Remdesivir would be priced below Rs 5,000.

The generic versions made by Cipla and Hetero have been approved by the Regulator Drug Controller General of India (DCGI) for restricted emergency use in severe cases of COVID-19.

This morning, India, the fourth nation most affected by the coronavirus, reported a total of 4.73 lakh infections and 14,894 deaths. Maharashtra, Delhi, Gujarat, Tamil Nadu and Uttar Pradesh together account for more than 80 percent of the virus-related deaths in the country.