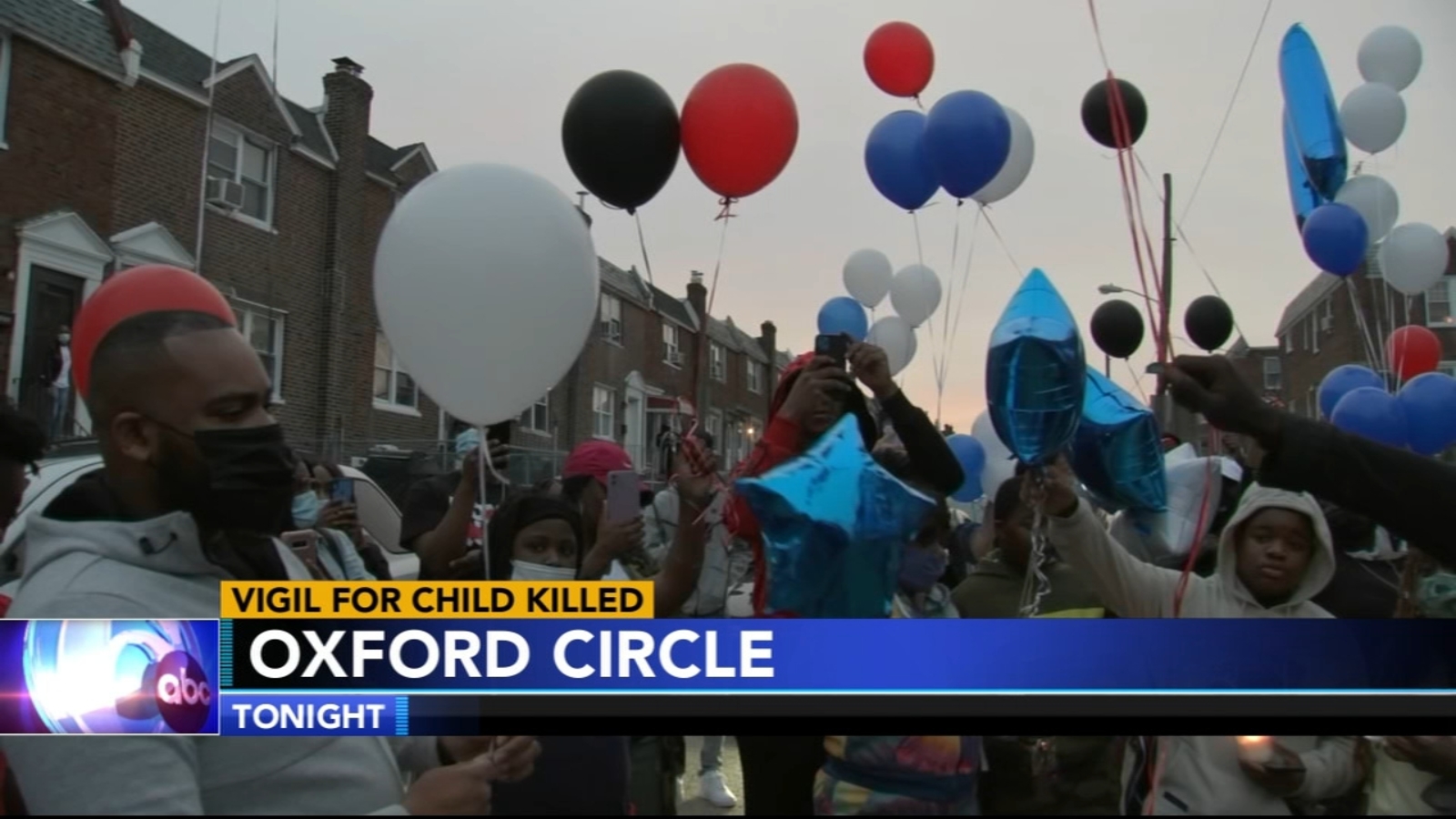 PHILADELPHIA (WPVI) – Family and friends gathered Saturday to remember an 11-year-old boy was shot and killed Friday as Philadelphia police continue searching for the shooter.

Police say 11-year-old Harley Balance, who was shot dead in the city’s Oxford Circle section, was riding a scooter with a friend.

On Saturday, dozens of people gathered at the scene, and balloons were released in their memory.

In the crowd was Suzanne Hatcher, who says Harley was her son’s best friend.

“We’re numb. We’re numb. Too young. He’s a kid. That should never have happened,” Hatcher said.

Police say Harley and a 14-year-old friend were riding a scooter on the 1500 block of McKinley Street at 7:00 p.m. Friday.

Officials say Harley was shot in the throat and killed.

Her friend was shot in the arm and ankle and is in stable condition.

Officials say a man was seen firing from the 1400 block of McKinley Street.

At the time of the vigil, people called for an end to the massive gun violence.

“When that happens, guess who’s left to clean up the mess? Women in our community. So for every young man here, I want you to sit back and take a good look at your life,” said running Terence Harrell દોNogunzone Social media account, dedicated to the light of gun violence in Philadelphia.

Harley, described as a vibrant young man, loved to hang out with his friends.

Action News spoke to a family friend who did not want to be identified.

“His personality has always been open and bright. And so to see him this way, to hear this news, is insane. My heart is crushed,” he said.

Police say Harley and his friend were involved in the shooting.

No arrests have been made yet.

Copyright Pirate 21 2021 WPVI-TV. All rights reserved to us.